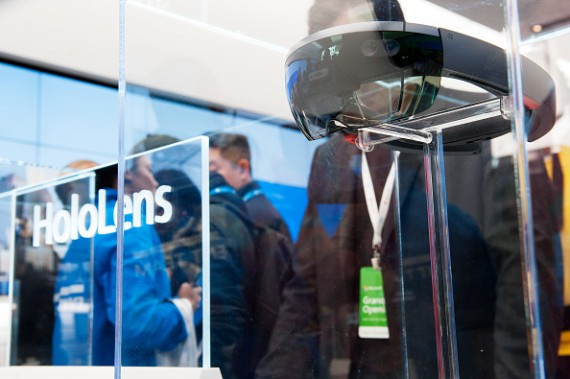 Asus is reportedly in talks with Microsoft to make its own version of the tech firm's HoloLens headset. And if it does, augmented reality could become affordable.

But don't expect to be wearing a Republic of Gamers edition HoloLens headset anytime soon. The website said Shih is "still evaluating" what a potential Asus-made augmented reality headset might look like.

As PC World pointed out, it's the first time Microsoft acknowledged that "outside hardware makers can build on [their] augmented reality platform, which is technically called Windows Holographic."

The website added that bringing in third-party manufacturers could mean that the Redmond, Wash.-based tech giant "is trying to establish Windows Holographic as the de facto standard for augmented reality," much like how Windows dominated the PC market.

If the Taiwan-based PC maker does end up making its own version of HoloLens, "it could potentially sell it for a lot less than what Microsoft ultimately decides to sell [it]," Mashable said.

And that's important because right now, augmented reality via HoloLens has a steep admission price - $3,000 to be exact. Then again, that's for the development kit launching next year.

Microsoft hasn't revealed when it will launch the device's consumer version or how much it will cost. The tech giant did say that early versions of the hardware will be aimed towards enterprises. Gaming hasn't been ruled out though with all the "Minecraft" and other game demos it has shown so far.

Mashable did warn to scale back expectations as HoloLens' "extremely tiny and limited field of view is nothing like what you see in those demos."

Microsoft HoloLens works by overlaying holographic images in the user's surroundings. It's far from the only augmented reality device though. Google-backed startup Magic Leap is working on the technology as well.