Thanksgiving Air Travel to Rise to 25.3 Million Passengers, Highest Since the Great Recession 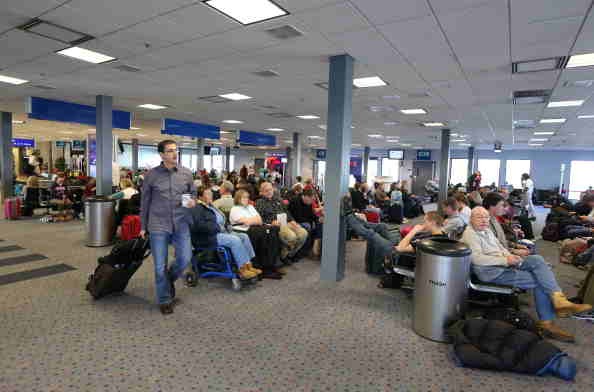 Airlines for America (A4A), the industry trade organization for the leading U.S. airlines, said in a press release that the air travel during the 12-day Thanksgiving travel period this year is projected to increase 3 percent from the 24.5 million estimated in 2014.

The projected 25.3 million passengers that will travel globally on U.S. airlines is the highest number since the Great Recession.

A4A said in the press release that they expect an average of 65,000 additional passengers per day during the Thanksgiving air travel period.

A4A adds in the press release that the daily volume of passengers will range from 1.4 million to 2.7 million.

John Heimlich, the vice president and chief economist at A4A, said in the press release that low fair, coupled with a good schedule, are reasons for the increase in travel.

"As competition continues to boost schedules and drive down airfares in 2015, customers are seeing more opportunities to fly during the holiday season," he said.

Rick Seaney, the CEO of FareCompare.com, told ABC News that he is not surprised that there is demand for air travel on the Thanksgiving holiday.

"I think there's also pent-up demand for people during the holidays that haven't gone the last few holidays," he said.

He told ABC News that there will probably be "a few grandmothers out there wanting folks to come visit them for the holidays."

A4A said in the press release that airlines are already adding seating capacity to accommodate the increased demand in air travel.

U.S. airlines are investing in larger planes and adding routes to their flights.

A4A also adds in the press release that airlines are also investing further to improve the customer experience.