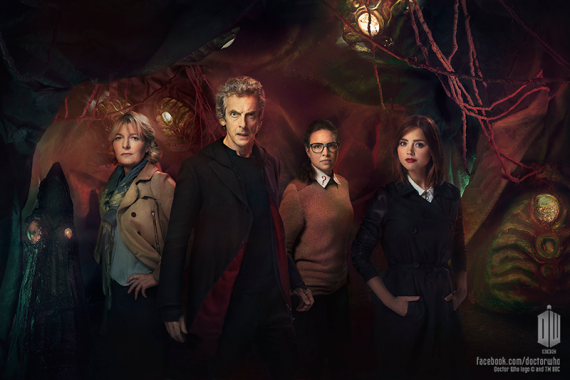 Episode 8 is the second part of last week's story which saw the return of Unit and the Zygons. Go here to catch last week's episode if you haven't already.

Whovians saw the return of the surviving Osgood (Ingrid Oliver) last week. Although she was kidnapped by rogue Zygons who want to take over the world, the Doctor (Peter Capaldi) has since rescued her. Unknown to him though is that Clara (Jenna Coleman) had been captured as well.

"Clara had been replaced with a Zygon version named Bonnie," Hollywood Take said.

"As last week's 'Doctor Who' season 9 episode ended, Bonnie was firing a missile at a plane containing both Osgood and the Doctor."

How will the Doctor survive that? Find out when you watch the episode 8 full live stream here or here.

But what else will happen in "The Zygon Inversion?"

"Shapeshifting Zygons are everywhere in the UK, and there is no way of knowing who to trust," the episode's official synopsis reads. "With UNIT neutralised, only the Doctor stands in their way. But how do you stop a war? And what can the Doctor do to save his friends?"

Fans in the US can watch the live stream via the BBC America website. Those in the UK can turn towards the BBC iPlayer to get the latest "Doctor Who" season 9 episode. For everyone else, there's always the full live stream here or here.

Ads may pop up during the live stream but it's possible to get them out of the way by clicking on the "X" button. It's also important to remember not to download anything suggested.

Catch the "Doctor Who" season 9 episode 8 trailer below: