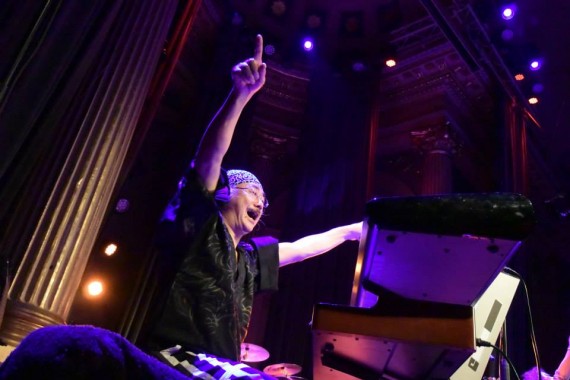 It looks like the "Final Fantasy 7" remake will sound a bit different when it launches as legendary composer Nobuo Uematsu said he won't be involved in the project.

French gaming website Jeux Video asked Uematsu of his involvement in the "FF7" remake to which he simply replied, "not at all."

That's unfortunate as many were hoping that the legendary composer would remaster the game's soundtrack, according to PlayStation Lifestyle.

Still, it's not surprising that the man behind "One-Winged Angel" and "Aerith's Theme" isn't involved in the remake. As GameRant reported, Uematsu left Square in 2004 to start his own company. He has since worked with Square Enix as a freelance composer though.

If not Uematsu, who would work on the "Final Fantasy 7" remake soundtrack?

Digital Spy thinks Square Enix could be planning on "using the orchestral versions of the original tracks." The website went on to say that bringing in Uematsu for the project is only necessary if new music is needed.

On the other hand, GR thinks the developer could bring in a new composer for the remake. Square Enix may also still be deliberating who to hire for the project.

After all, it wasn't until the teaser was launched that Tetsuya Nomura learned he would direct the "Final Fantasy 7" remake, as he revealed back in June.

"The original 'Final Fantasy VII' composer may be brought back eventually, or perhaps they'll look to another prolific musician, like Yoko Shimomura, the composer for the 'Kingdom Hearts' series," GR said.

Changes are a point of contention among fans. Director Nomura teased the remake will feature "dramatic changes" to its batte system - something that caused a split among fans.

It remains to be seen if the remake's soundtrack will be another thing to be changed.

Recently, a group of fans came together for an album to pay tribute to Uematsu's work on the original "Final Fantasy 7" soundtrack.