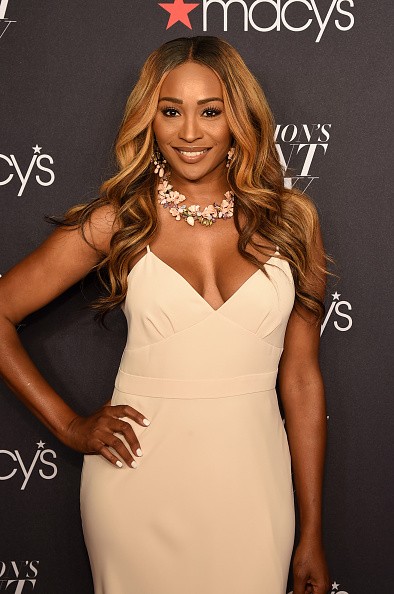 “Real Housewives of Atlanta” star Cynthia Bailey has had a lot to deal with regarding her marriage, especially after a video surfaced online of her husband, Peter, getting close with another woman, according to People.

The former model recently opened up about the cheating scandal during an interview with Bravotv.com.

“It was extremely difficult dealing with the video of Peter. No woman (or man for that matter) expects (or hopes) to see her or his spouse appear to be cheating or having an indiscretion in a video,” explained Bailey.

“Especially one that has gone viral! How would one prepare for this? I was confused, shocked, hurt, and humiliated at the same time. Then I just became pissed at Peter for his recklessness, inconsideration, and carelessness.”

“Of course I let Peter have it. I was furious! Peter and I are in the public eye, so in addition to dealing with this personally, I had to deal with it publicly as well. I had to dig deep, and ask myself a lot of heavy questions about my relationship and whether or not it would survive.”

Bailey has reportedly been open about the struggles in her marriage during the course of “RHOA.”

“Peter and I we have a lot of real issues that we are dealing with. We have no real communication,” stated Bailey.

“We have distance issues now that he is spending more time in Charlotte. The video is just another thing to put on the list."

Despite the problems in her marriage, Bailey has been keeping at her career, launching Cynthia Bailey Eyewear.

“I thought that since I was debuting my sunglasses, it would be fun to wear something that tied into a summer beach feeling,” stated Bailey when asked what the inspirations were for her eyewear launch.

“Also, this was my first big public outing with the girls since the video had gone viral, and I knew it was still the talk of the town. It was important for me to stand strong, be true to myself, and put all of my energy into my eyewear launch party, and not make it about my personal life. I think my outfit was a successful and fabulous distraction.”