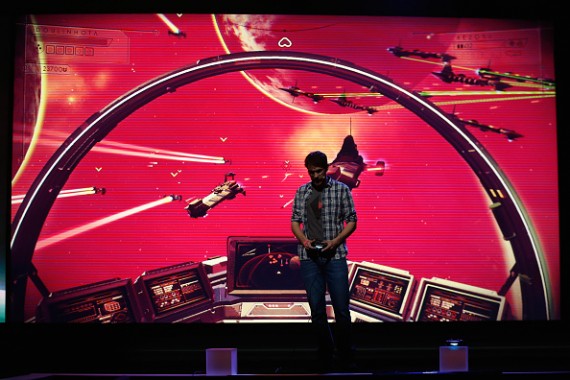 Rumors said "No Man's Sky" is experiencing technical issues prompting speculation that the game's release date has been delayed because of it.

Reportedly, developer Hello Games is finding it difficult to run "NMS" on the PlayStation 4 and optimizing it for PC. Dale had also allegedly been told that the demo shown during Sony's E3 press conference was running on PC, not the PS4.

Hello Games hasn't confirmed anything but PL speculated that it could be the reason "No Man's Sky" release date isn't until June 2016.

With such information though, why hasn't Destructoid run the story in their website? In a post in the NeoGaf forum, Dale explained that news posts on the website aren't run "unless [she] has 100% solid confirmation that the news is legit."

"When I post a rumor on Destructoid, [using] my own sources, you can be certain the thing discussed is legit," she said.

Dale went on to explain the rumor point-by-point in the lengthy post. Essentially, she explained that while she trusts her source, she can't verify the information she received with another independent source. She revealed that while skeptical of the rumor herself, she thinks it could be legit.

"I'm telling you the [smoke] I saw and the reports of fire. I'm not ready to say the fire is real, but I see a lot of smoke and a lot of [folks] I trust say fire."

Hello Games has yet to comment on the rumor. In the meantime, expect "No Man's Sky" release date sometime in June 2016.