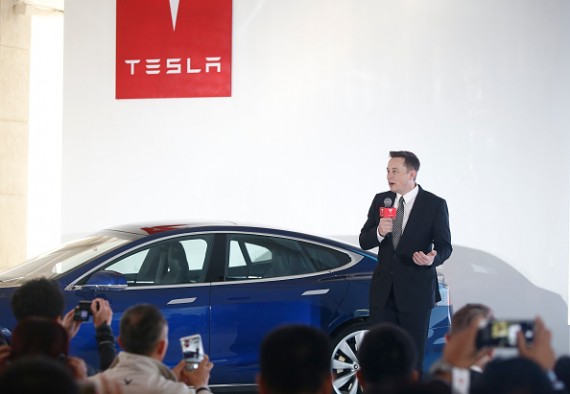 "We will be putting some additional constraints on when Autopilot can be activated to minimize the possibility of people doing crazy things with it," Musk said during a quarterly earnings call earlier this month.

Franchise Herald previously reported Model S owners ignoring Tesla's safety warnings regarding the use of the Autopilot update. Musk is aware of those "fairly crazy videos" and reiterated their position of discouraging that kind of behavior.

The tech billionaire didn't reveal what kind of contraints Tesla will introduce but "it's likely that the Model S will be more insistent in ensuring that drivers keep their hands on the wheel," Tech Times said.

"One obvious upgrade would be to require that someone be sitting in the driver's seat," MIT Technology Review said.

The website referred to a YouTube video of a Model S owner engaging Autopilot on a private road while seated at the back of the vehicle.

As to when the constraints might roll out, Ars Technica expects it "sooner rather than later" via an over-the-air software update.

According to the website, Musk also downplayed the significance of users experiencing errors with Autopilot. Reportedly, he insisted that the update is still in beta and that "[i]t will start to feel quite refined within a couple of months."

The Tesla CEO also reiterated his vision of the future saying, "[a]ll cars will be fully autonomous in the long term."

"I think it will be quite unusual to see new cars that don't have full autonomy in the 15-to-20-year time frame," he continued. "For Tesla, it will be a lot sooner than that. Any [car] that [is] beng made that don't have autonomy will have negative value."