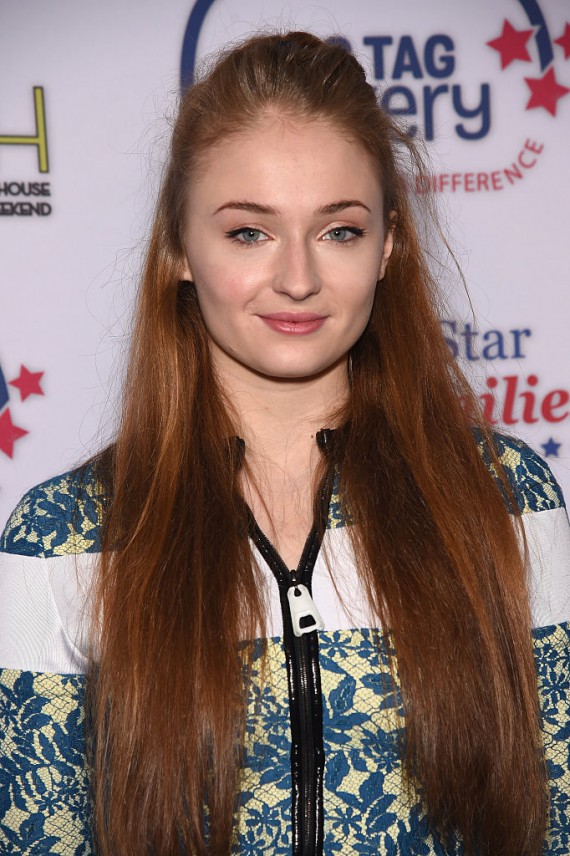 One of the biggest "Outlander" season 2 casting news over the past months is about Brianna.

Brianna is the grown daughter of Jamie and Claire in the book where the Starz TV series is based from. She is easily one of the most important in the second season because of her direct connection to the two main characters. With that said, it is only natural to have someone of greater stature getting linked to the role.

Sophie Turner of hit HBO series "Game of Thrones" is among those who most fans campaign to join the "Outlander" season 2 cast as Brianna. Even lead cast Sam Heughan thinks she's a great fit. However, in a recent interview, the 19-year old actress shoots down such rumors saying she will stick with her one true love which is more probably her George RR Martin novel-based series.

"Somebody mentioned [the role] to me when I was on a red carpet somewhere, that I'd make a great Brianna, and I think the guy Sam retweeted it or something," Turner told EW. "So people started talking like I was in it. I've never seen the show. I'm sure it's great, but I'm loyal to my one true love!"

Sam Heughan retweeted a fan's suggestion to have Turner play Brianna in September this year. His tweet was picked up by fans, raising speculations that the "Game of Thrones" star might indeed join the show. After all, she fits the description of Brianna.

Brianna's arrival in the show was first reported by TV Line in August.

"The official character description describes Brianna as a young 20-something American who's "strong-minded, intelligent beyond her years with an effortless charm and sparkling sense of humor (traits inherited from both her mother and father," TV Line reported.

"She also has a scholastic mindset, with a healthy dose of American strength, having been born and bred in Boston under the watchful eye of professor and historian Frank Randall."

Right now, there are no words yet who will play Brianna. There were theories it will be newcomer Maeve Foley but Maril Davis shut down the speculation, too.

"For those asking any & all REAL casting news will only come from official source like @Outlander_Starz or @sony or sometimes a producer," she wrote in a Twitter Q&A session she held with fans.