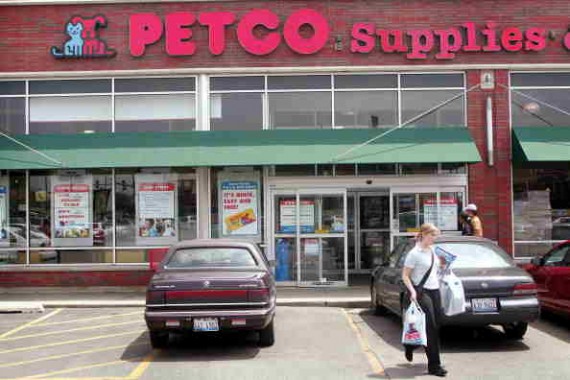 The deal will value Petco at $4.7 billion, including debt.

The people told Reuters that CVC and Canada Pension Plan is now finalizing the terms of the deal with Petco's owners TPG Capital LP and Leonard Green & Partners LP, both private equity firms.

CVC and Canada Pension Plan have outbid other buyout firms during the auction for the pet retailer.

Reuters adds that the sources have cautioned, though, that the deal between CVC, Canada Pension Plan and TPG Capital, Leonard Green, has not yet been finalized.

The people asked not to be identified because the negotiations are private.

The New York Times adds that Petco has already been bought and sold by TPG Capital and Leonard Green twice.

The New York Times adds that TPG Capital and Leonard Green took Petco, which sells food and supplies for pets in more than 1,400 stores throughout the U.S., public in 2002.

The New York Times adds that aside from pursuing a sale, Petco has also filed to go public in August 2015.

The filing showed that the company's revenue had increased 12 percent in 26 weeks through August 1 fro the same period a year ago.

The New York Times adds that the filing showed that Petco's net income has also increased about 43 percent.

The pet retailer also has about $2 billion in debt.

Reuters adds that the deal comes during a challenging time for private equity firms as a rough leveraged finance markets made it difficult for the firms to get the kind of financing that they are accustomed to, that will allow them to generate higher investment returns.

The people said that CVC and Canada Pension Plan have secured more than $3 billion in financing for the acquisition of Petco.

The People told The New York Times that a deal is likely to be announced by Monday, November 23, 2015.