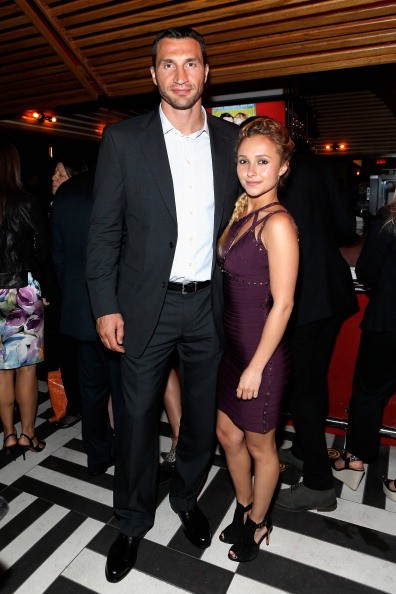 11 months after giving birth to her first child, Kaya Evdokia Klitschko, with husband-to-be Wladimir Klitschko, Hayden Panettiere bravely admitted herself in a facility to address her post partum depression.

CBS News confirmed that the 26-year-old actress is currently seeking treatment for her condition, which forced her to leave her show "Nashville" and her family as well, Scout reported.

Panettiere's rep released an official statement of the actress' admission via E! News.

While this could be a clear indication of the reason to the delay of her wedding with her future husband, Wladimir Klitscho, the actress and her fiance remained silent.

However, the long awaited wedding could finally happen now that Hayden Panettiere is reportedly fast recovering from her post partum depression.

Us Weekly reported that Panettiere's "Nashville" co-star Riley Smith has shared an update about the actress.

"Good. I texted her, and wished her well. She texted me right back and said, 'I'm awesome, thanks.' So hopefully she will be back on the set soon."

Panettiere's future husband, Wladimir Klitschko, on the other hand has yet to comment about her condition.

It was previously reported by OK! Magazine that the Ukranian pro-boxer is reportedly getting frustrated from all the wedding delays.

"[Wladimir Klitschko]'s so frustrated," a source of OK! Magazine reportedly said. "Every time they agree on a date, Hayden seems to suddenly get cold feet or a work commitment comes up."