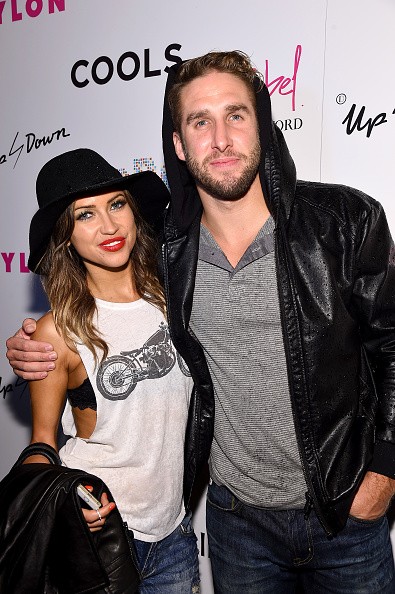 With almost five months following the finale of "The Bachelorette" 2015, Kaitlyn Bristowe and grand winner Shawn Booth are still being plagued with nasty relationship rumors.

However, it seems like Bristowe and her fiancé are not going to get affected as they reportedly plan their "classy fall wedding."

CTV News exclusively reported that Kaitlyn and Shawn are looking into having the celebration in two separate events.

"We haven't ruled out a televised wedding yet but what we definitely want to do is something small and closer with our friends, without cameras," Booth said. "So maybe do two separate weddings. We're not sure. Still stuff we got to kind of figure out."

"We haven't set a date yet," he added. "We're just enjoying being engaged right now, and we keep letting everyone know that after the New Year, we're going to sit down and work out some details together. But right now it's too crazy and hectic for us."

"The Bachelorette" star Kaitlyn Bristowe on the other hand, has reportedly moved in with Booth prior to their wedding.

"She moved in a few weeks ago," Shawn told TooFab.com.

"We haven't spent too much time here yet because our schedules have been crazy, and we've been traveling all over the place, but she absolutely loves it. It's right up her alley. We're both kind of relaxed and chill people, and that's kind of the vibe that Nashville has. We're both into music, especially country music, so that's nice too."

It was previously revealed by Celeb Dirty Laundry that Bristowe and Booth are just putting on a show for the public, adding that the couple is just trying to make people believe that they are still together.

"They were so lovey-dovey," an insider of the publication alleged. "But, when the cameras turned off, they immediately stopped holding hands. Kaitlyn jumped on her phone while Shawn sat there checking out the beautiful models. They acted like total strangers."

OK! magazine on the other hand added are just trying to protect their fame.

"Kaitlyn Bristowe and Shawn Booth are head over heels for each other, but only when the cameras are on!" The gossip publication revealed. "Although the former Bachelorette stars have been over for months, they're staying together to extend their 15 minutes of fame."