Adele Hitting The Road For The 1st Time In 4 Years 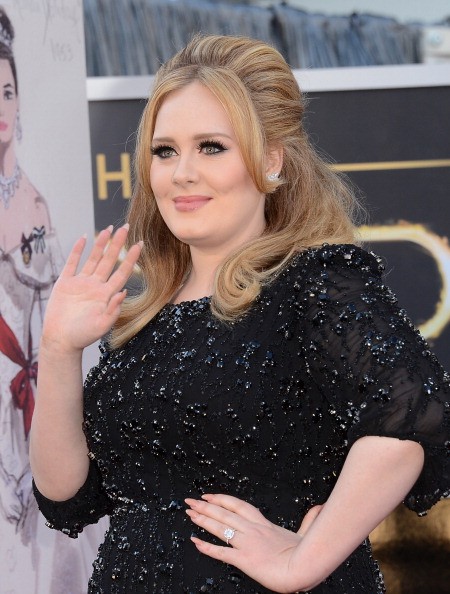 Adele’s latest LP, “25,” may be even bigger than her previous albums, selling more than 2.4 million copies in its first week of release, according to NPR.

The many fans of “25” will be happy to know that the 27-year-old singer is set to go on tour for the first time in four years, according to Reuters.

“Hello it's me,” says Adele in the video announcing the tour.

“I have been bluffing this whole time and I'm so relieved to finally tell you I am of course coming on tour and I can't wait to see all of you there."

The tour will open on February 29 at the SSE Arena in Belfast and end at the Sportpaleis in Antwerp, Belgium, according to the “When We Were Young” singer’s website. Throughout the course of the tour, concerts will be held in Britain, Ireland, Norway, Denmark, Germany, Switzerland, Portugal, Spain, Italy, the Netherlands and France.

Ticket sales are expected to be as crazy as the buzz that “25” created long before its release in late November. Adele has reportedly outsold Britney with her latest album, a feat that is most difficult for musicians all around.

“The reaction's been ridiculous. I'm pretty overwhelmed, to be honest," Adele told NPR’s Ari Shapiro during an interview.

Although “25” may once again be filled with songs that her fans can relate and connect to, the whole experience of a new album is a different one for Adele now that she has a 3-year-old son.

“I've got to be honest with you: My kid comes everywhere, and he is so grounding,” explained Adele.

“I was saying the other day that doing it again with a kid this time, it's making me more tired than normal, but on the other hand, he just brings me back down to earth. So I'm feeling pretty balanced about it, actually, and I have only him to thank for that.”