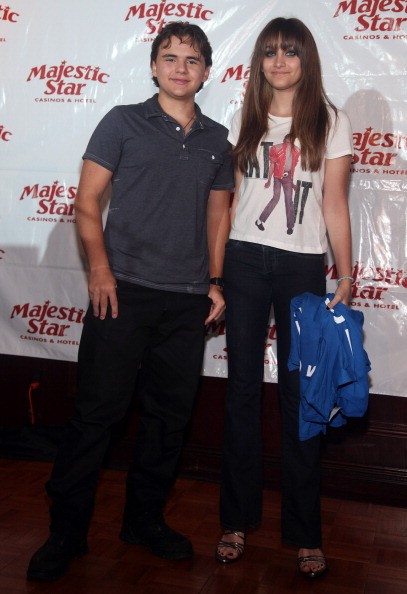 While the young daughter of the pop legend has already denied the rumors, Daily Mail noted that Paris was seen wearing what seems to be a wedding ring while she was out for a dinner with Chester Castellaw.

After changing her last name on her Instagram account, fans and concerned citizens have immediately assumed that Paris Jackson is married to her boyfriend.

Michael Jackson's daughter has however clarified the rumors almost instantly as she posted,

"Thank you guys for reaching 200k followers !! #loveyousomuch. ps I'm not married and no, I'm not pregnant lmao."

That makes sense, given that Paris Jackson is just a minor and it would take for her to let her guardian, who is her grandmother, sign a consent for them to get married.

Radar Online clarified that the ring people saw was just a "promise ring" between Paris and her boyfriend Chester Castellaw.

"Chester is absolutely in love with Paris and I am sure that he would love to marry her," the insider told the publication. "That ring that she is wearing is a promise ring that he got her."

Adding, "Paris and Chester are absolutely not engaged. They are both so young and there is no way that Paris' family would allow an engagement to happen."

Paris reportedly met her boyfriend after her rehab in Utah boarding school.

And while many rumors are insisting that Michael Jackson's daughter is already married, Radar Online claimed that the Jackson family believes that Chester Castellaw is "an incredibly kind and sensitive young man who has been nothing but supportive and understanding."

"Her family seems to like him and they are happy that he comes from a privileged background in Beverly Hills because they are very protective over the children's inheritance and they want to make sure that he is with her for the right reasons," the source said of Paris and Chester's relationship.