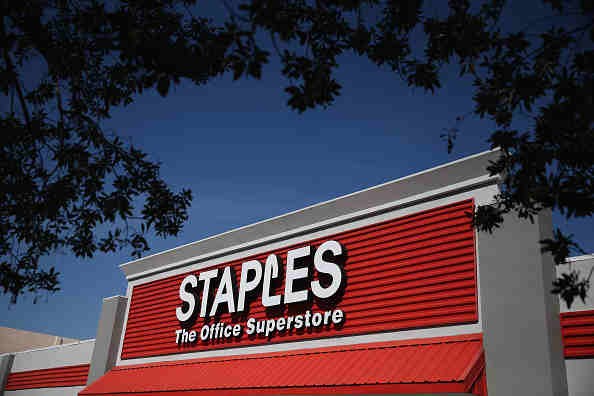 The Federal Trade Commission (FTC) has announced in a press release that it has filed an administrative complaint against Staple, Inc.'s proposed $6.3 billion acquisition of Office Depot, Inc.

The merger would reduce the competition nationwide for consumable office supplies sold to large business customers and violate the antitrust law.

The FTC said in the press release that a lot of large business customers buy consumable office supplies for their own use under a contract.

Vendors not only provides them with a wide range of office supplies at competitive prices, but also nationwide delivery that is fast and reliable, dedicated customer service, customized online catalogs, and more.

The FTC adds that the market of large business customers is more distinct from the more competitive retail markets office supplies for consumers.

Staples, the world's largest seller of office products and services and Office Depot are each other's closest competitor in the sale of consumable office supplies to large businesses.

Edith Ramirez, the chairwoman of the FTC, said in the press release that the FTC has reasons to believe "the proposed merger between Staples and Office Depot is likely to eliminate beneficial competition."

"The FTC's complaint alleges that Staples and Office Depot are often the top two bidders for large business customers," she said.

FTC adds in the press release that both Staples and Office Depot can provide low prices, nationwide distribution when competing for contracts.

The complaint also alleges that the merger eliminates the competition, resulting in higher prices and reduced quality.

The Sun Sentinel said that Staples and Office Depot plans to contest the FTC's decision to file a lawsuit.

Ron Sargent, the chairman and CEO of Staples, told the Sun Sentinel that the two companies intend to complete the merger.

"This combination is good for the customer," he said. "It's good for shareholders, and it's good for both companies."