Pebble Time Gets iOS Text Reply Feature But With Drawbacks; iPhone Voice Support To Be Expanded 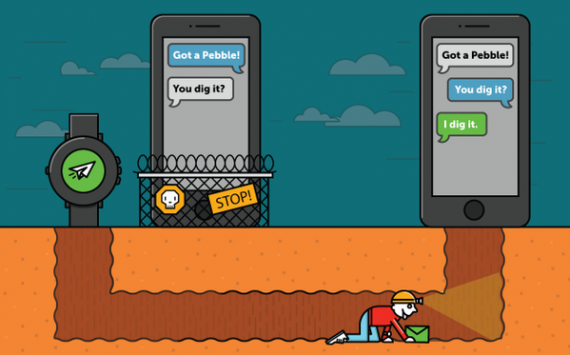 Pebble's line of Time smartwatches got a new feature last month in the form of iOS text reply. But there are still a few kinks.

"Pebble is excited to introduce Text Reply for iOS, a beta feature making us the first non-Apple smartwatch to bring voice and text replies to our iPhone users," the smartwatch maker said.

With the new feature, iPhone owners can now reply to a text message with a pre-defined text or a voice reply, according to PCMag.

But as Pebble pointed out, iOS text reply is still in beta which means users may encounter a few bugs here and there. Despite being available for the Time, Time Steel and Time Round, the feature requires a post-paid AT&T account to work.

"Once activated, the feature sends replies from the Pebble 'through your wireless carrier,' meaning that the Pebble user's side of the conversation won't appear in Apple's threaded iOS Messages app," MacRumors said.

Per the website, carrier charges may also apply as replies are sent as SMS messages instead of iMessage.

Beyond iOS text reply for Pebble Time smartwatches, the company said it will be "expanding voice capabilities to Pebblers with iPhones."

AT&T won't be the only carrier to support the feature as well.

"We are working to enable additional carriers and services to provide actionable notifications to more and more iPhone users," Pebble said.

As Forbes noted, Android smartwatch owners have enjoyed text reply for some time. Now that its available on iOS, it "removes one of the key advantages the Apple Watch has enjoyed over the Pebble."

For more information on the Pebble Time iOS text reply feature, check out the FAQ on Pebble's support page.