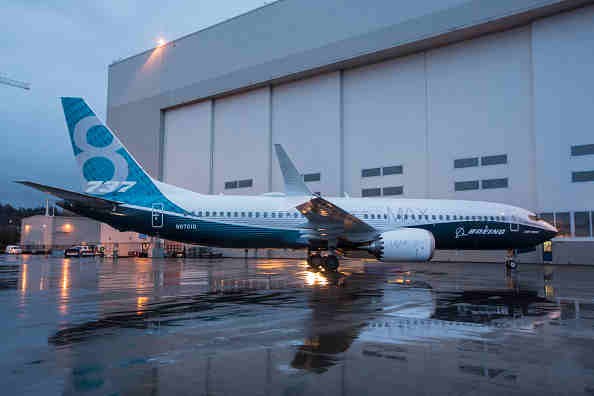 The Boeing Co. has announced in a press release the completion of the final assembly of its first 737 MAX 8, which rolled out of the company's factory in Renton, Washing and into the paint hangar on November 30, 2015.

The new airplane is on schedule for its first test flight in early 2016.

Boeing said that the date the 737 MAX 8 has rolled out of its Renton factory is the precise date that the company has determined four years ago when they defined the development schedule of the MAX airplane.

The company has named its 737 MAX 8 the "Spirit of Renton," which was revealed to employees in a teal version of Boeing livery.

Boeing adds that the 737 MAX 8 will undergo pre-flight preparations in the factory before departing for Renton Field to continue flight testing readiness after celebrations are completed.

Keith Leverkuhn, the vice president and general manager of 737 MAX Boeing Commercial Airplanes, said in the press release that the completion of the first 737 MAX 8 marks another in a long series of milestones that our team has achieved on time, per plan, together."

"With the rollout of the new 737 MAX, the first new airplane of Boeing's second century, our team is upholding an incredible legacy while taking the 737 to the next level of performance," he said.

Bloomberg reports that Boeing can't afford any delays or drama with MAX, which is the company's all-time sales leader and the latest progeny of the jet originally rolled out in 1967.

The 737 airplane fleet is Boeing's largest source of profit, especially after the airplane maker stumbled in the debut of its 787 Dreamliner and 787 Jumbo Jet.

Boeing also cannot risk losing more ground to Airbus Group SE, who has already grabbed the lead on single-aisle airplanes by being the first to market an upgraded version.

The airplane maker is on track for first delivery to launch customer Southwest Airlines in the third quarter of 2017.

The second and third 737 MAX 8 flight test airplanes are currently in final assembly and the fourth in sub-assembly.