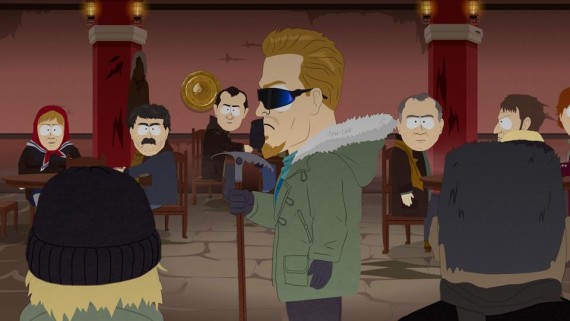 Season 19 wrapped up with this week's episode and it saw the return of PC Principal, introduced all the way back in the first episode.

According to Realty Today, PC Principal returns as one of the ads that turned into real people. He now needs to be stopped as he seeks revenge on South Park. Amidst all this, Mr. Garrison, Principal Victoria, Randy and Caitlyn Jenner try to find out who's responsible for all the chaos.

"South Park" has never shied away with tackling America's social issues and the season 19 finale is no exception. This time, the Comedy Central show has set its sights on gun control.

"The gentrification of South Park is pricing Randy right out of town. Meanwhile, Kyle's distrust of Stan has broken their friendship and thrown Kyle into a dangerous alliance."

Mass shootings have dominated the news recently so "it will be interesting to see what direction the show decides to go in," IB Times said.

"Will the finale end in controversy? Or perhaps a message of hope that leaves the viewer with something to think about?" the website asked.

Find out what happens when you watch the "South Park" season 19 episode 10 live stream here or here. Fans in the US can watch the finale via Hulu or the South Park website.

Those waiting for the uncensored version of the finale will have to wait a bit longer for its premiere.

In the meantime, a preview for "PC Principal Final Justice" which sees Cartman and his mom in a standoff in the video below: