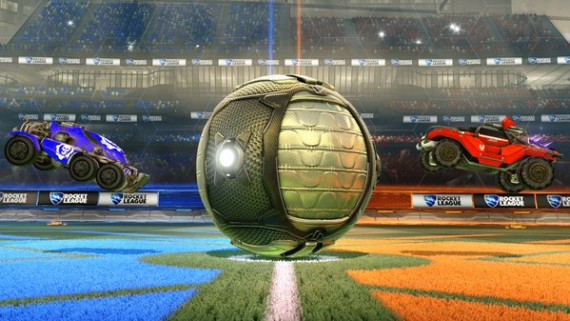 The Xbox One version of "Rocket League" won't support cross platform play with the PS4 and PC, according to Psyonix.

The news, which baffled the game's fanbase, came from the developer's Twitter account where it emphasized that Xbox One players will only compete against each other.

@rlpte The Xbox platform doesn't allow for crossplay matchmaking between other systems as a general practice across all titles.

This leaves players who own Microsoft's next-gen console in a bubble on their own as players on the PS4 and PC versions of "Rocket League" can play with each other, albeit with a few restrictions, as Gamespot pointed out.

While Psyonix explained Microsoft's console doesn't allow cross platform play, IGN noted many Xbox One games does have some semblance of the feature with the PC.

"Microsoft's own 'Fable Legends' will have cross-platform multiplayer between the Xbox One and PCs running Windows 10 back in January this year," the website said.

Psyonix's tweet also said the console's matchmaking feature doesn't exist "as a general practice across all titles," leading GameRant to think the studio seems to have "gotten some bad information."

GR speculated that the absence of cross-platform play could just be upon initial release of "Rocket League" for the Xbox One.

"After all, with the advent of patches and online updates, video games can be improved at a moment's notice."

Psyonix did say that the Xbox One port of their massively popular game will be "aggressively" supported with DLCs and updates.

But why omit cross-platform play in the first place?

GameRant speculated the decision could have been out of the studio's hands and might be because Microsoft didn't let them add the feature. Then again, the theory doesn't make sense "as incorporating it would surely generate profits for both Psyonix and the tech giant."

Despite leaving out the feature, Psyonix did include exclusive content inspired by "Gears of War" and "Halo" for the Xbox One version.