Samsung Gear S2 Won’t Get Samsung Pay Until 2016; No Specific Release Date Given 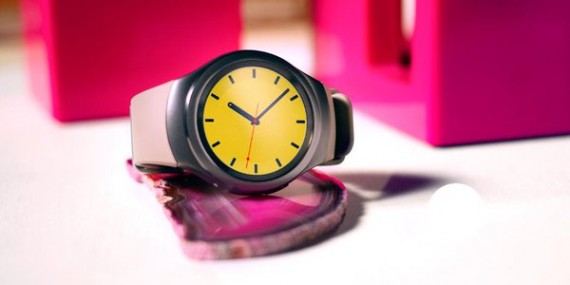 It was supposed to launch in Nov. but now, Samsung Gear S2 owners will have to wait until next year to use Samsung Pay on their smartwatch.

Towards the tail end of last month, a customer asked the tech firm when Samsung Pay would be made available for the Gear S2, to which Samsung replied it will roll out in 2016.

@_TheTRn We're sorry for the wait, Michael. #SamsungPay is now coming to the #GearS2 in 2016. Stay tuned for more information. Thanks!

As SlashGear pointed out, Samsung's reply "didn't offer a specific release date" on when the feature will launch.

There may not have been an official announcement from Samsung but Droid Life said "it is now safe to accept the fact that mobile payments won't hit your Gear S2 until next year."

"For Gear S2 owners who splurged for the wearable and [its] ability to handle mobile payments, the delay will certainly be frustrating, especially with no timeframe for the feature's arrival," Engadget said.

Per Mobile ID World, the delay will be seen as a slip up on Samsung's part considering Apple Pay has been up and running in the US in the last year and works with the Apple Watch.

Launched earlier this year, the Gear S2 smartwatch doesn't come with magnetic secure transmission (MST) tech that Samsung's latest crop of smartphones have due to its diminutive nature. However, it does have near field communication (NFC) installed, according to SamMobile.

The South Korean tech giant's support page explained that MST mimics swiping a credit or debit card. On the other hand, NFC allows devices to exchange information when placed near each other.

Transactions with Samsung Pay employ both MST and NFC "allowing for a better user experience." It also assured both technologies are secure and safe to use. The Tizen-powered smartwatch will have to rely on the latter to enable mobile payments.

In the meantime, Samsung advised Gear S2 owners to stay tuned for updates on Samsung Pay's availability on their smartwatch.