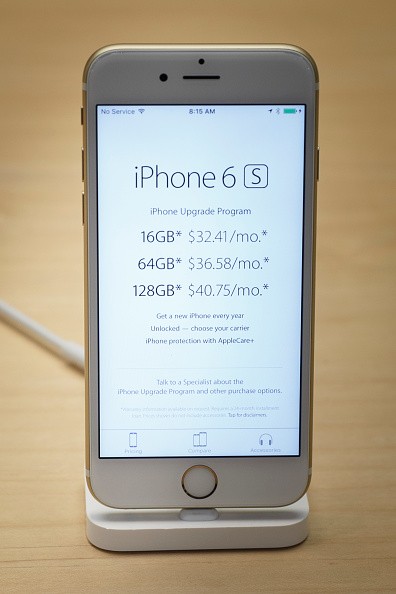 It's come under fire from critics but Apple CEO Tim Cook rushed to the iPhone 6s Smart Battery Case's defense.

"You know, I probably wouldn't call it 'the hump,'" Cook told Mashable who said he's aware of the comments on the Smart Battery Case.

Cook went on to talk about other design aspects of the iPhone 6s case namely, the choice of material. Apparently, Apple decided to use silicon to make it easier to put on and pull off.

Per the website, many see the introduction of the iPhone 6s Smart Battery Case as Apple's admission of the smartphone's less-than-stellar battery life. But Cook thinks it will only be used intermittently.

"If you're charging your phone every day, you probably don't need this at all," he said.

But Forbes' Ewan Spence criticized Cook's assessment saying, "[y]ou can't predict when you'll need a battery case in advance" which would make it necessary to "have the ugly case on all the time."

Otherwise known for well-designed products, the iPhone 6s battery case sticks out like a sore thumb for its ugly design. The Verge thinks this could've been the result of a work around to battery case manufacturer Mophie's patents.

Mophie reportedly has patents on two-piece battery case designs and variations thereof. The website thinks this is the reason Apple stuck to a one-piece design with its Smart Battery Case.

"So [Apple] needed a slide-in design without a removable top, and it couldn't round off the edges of the case without facing at least chance of running into the various Mophie design patents."

And so the iPhone 6s Smart Battery Case was born, at least that's The Verge's theory.

Despite the brouhaha surrounding its design, Apple's $99 battery case does have good things going for it.

The Wall Street Journal said it gives the iPhone 6s around 80 percent extra juice. It also knows when to charge your phone or use its own power. Power remaining can be seen at the notification center plus, it works with Apple's Lightning cable and the iPhone 6.