‘The Sims 4: Get Together’ Launched For PC, Mac! What Does Latest Expansion Pack Have To Offer?

Tags
The Sims 4: Get Together 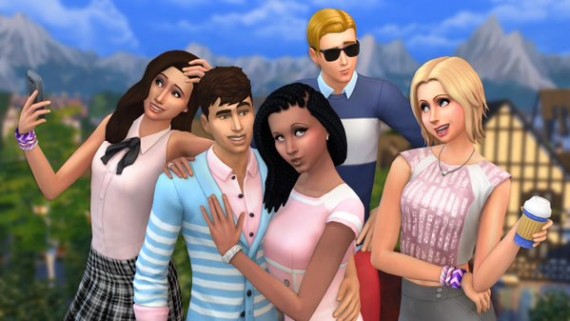 "The Sims 4: Get Together" launched earlier this week for the PC and Mac. But can players expect from the latest expansion pack?

A lot in fact as "Get Together" introduces many new gameplay elements, including Clubs.

"With the introduction of Clubs, 'The Sims 4 Get Together' unlocks a new way to play life," the game's senior producer, Lyndsay Pearson said in a press release.

With the new feature, players will be able to control "entire groups of Sims" and bring them together to join all-new group activities. Pearson added that Clubs "[add] a whole new dimension to [the game]."

"While in a Club, a Sim will try to adhere to the Club's encouraged behavior rather than their own traits giving them a chance to be someone a little different," The Inquisitr said.

Players can also reportedly complete activities to earn Club Points which can be used for Club Perks.

The expansion pack also introduced a new area for players to explore, Windenburg. Franchise Herald previously reported the new location is filled with modern hotspots and a countryside inspired by Europe.

Windenburg is also home to a pub and a disco where Sims can practice their DJ and dance skills as well as relax and enjoy a cup of espresso at the café.

Watch the trailer showing off the new location here.

"The Sims 4: Get Together" was supposed to launch a few months ago. However, the developer decided to push back its release date to add more content and polish the expansion pack.

Per Cinema Blend, "Get Together" is the only the second expansion pack for the game. It followed "Get To Work" which rolled out earlier this year.

"The Sims 4: Get Together" is now available for the PC and Mac via Origin and retail stores for $49.90.

Check out the expansion pack's trailer below: