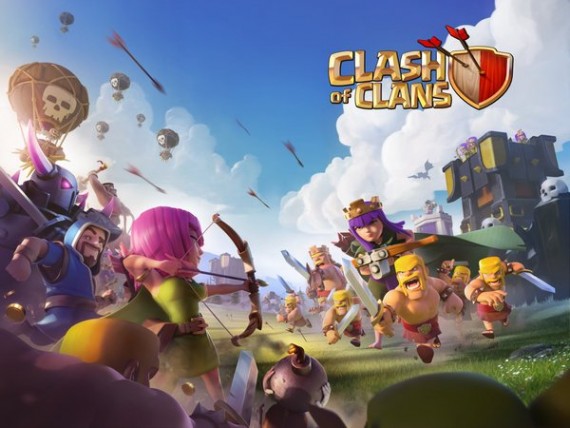 "Clash of Clans" got a big update earlier this week bringing new content, gameplay changes and problems among its users, reportedly.

The game's much-awaited update had its players redesigning bases, attacking other players and joining wars so much that it began to lag, according to Gotta Be Mobile.

In response, Supercell took "Clash of Clans" into maintenance "to increase server capacity."

But that's not all, GBM said many reported the app crashed whenever the Town Hall was clicked. Since the structure is needed to perform many of the game's functions, the website described it as "a huge issue."

Some also reportedly experienced lag when looking at the "Top Clans" and "Top Players" in the trophy section.

Another point of contention with the "Clash of Clans" update is the Personal Break Timer feature which kicks out players who have stayed in the game for more than three hours.

"Revert back to the regular 6 hour period, with the mandatory 5 minute break in between," one user posted in the Supercell forums.

GBM suggested turning off the game for 30 minutes to initiate a reset for those who keep running into the personal break timer.

The Bitbag reported some players also ran into difficulties downloading the update. Others said they were getting error messages on the update's compatibility with their devices. To that end, Supercell tweeted instructions on how to fix the problem.

The developer also encouraged users to report bugs and other problems they encounter.

As of this writing though, "CoC" is now back online.

The "Clash of Clans" update rolled out for the game's iOS and Android apps Dec. 10. Some of the biggest additions it brought are the Town Hall 11 upgrade, as well as a new hero and defensive structure in the form of the Grand Warden and Eagle Artillery, respectively.

Go here for the full list of additions and gameplay changes.