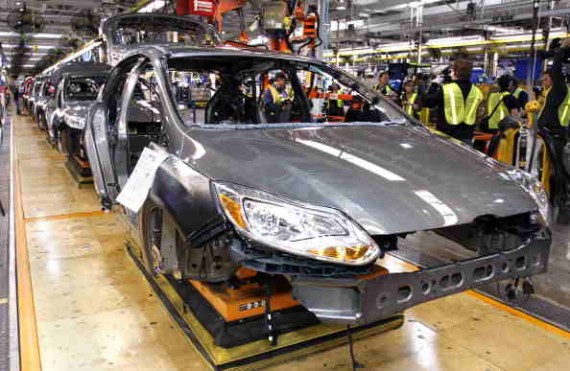 Ford Motor Company has announced in a press release that it will be investing an additional $4.5 billion in electrified vehicles solutions by 2020.

The automaker will be focusing more on customer experience-led process in designing their vehicles instead of focusing on the vehicle itself.

Ford said that they will be adding 13 new electric vehicles to their portfolio by 2020 when they expect that more than 40 percent of their global nameplates will be in electrified versions.

The $4.5 billion additional investment represents the automaker's largest investment in electrified vehicles in a five-year period.

Next year, Ford will be introducing its new Focus Electric, a car that features all-new DC fast-charge capability.

The new car will also deliver an 80 percent charge in an estimated 30 minutes and projected 100-mile range, which is faster than the current Focus Electric.

Ford said that their shift to add electric vehicles is their answer to the increasing global trend of calling for cleaner and more efficient vehicles.

General Motors plans to show the new electric car next month at the 2016 CES electronics show.

The new Chevrolet Bolt is expected to go on sale in 2017.

Tesla Motors Inc. is also working on its own 200-mile Model 3 electric car while Audi has an SUV in development for 2018 that aims to travel 300-miles between charges.

Raj Nair, the head of global product development at Ford, said that the automaker will be in the game.

"We will introduce vehicles with a competitive range within the (five-year) time frame," he said.

Aside from investing in electric vehicles, Ford will also be reimagining to set itself apart in the car industry by focusing more on customer experience when it develops products.

Nair said in the press release that the challenge "isn't who provides the most technology in a vehicle but who best organizes that technology in a way that most excites and delights people."

"By observing consumers, we can better understand which features and strengths users truly use and value and create even better experiences for them going forward," he adds.