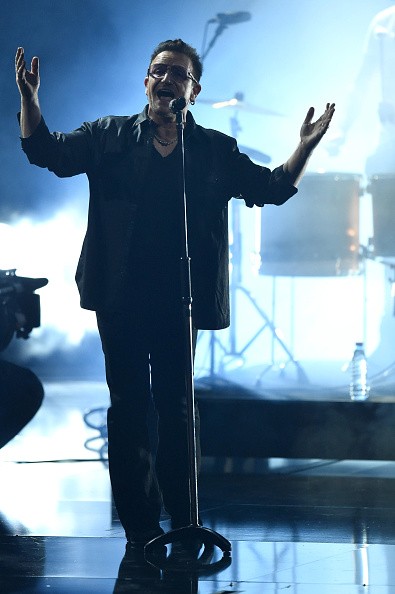 After their successful tour to promote their "Songs of Innocence + Experience Tour" album this year, U2 is said to come up with a new record next year.

Entertainment Weekly revealed that Bono has confirmed the band's plans in releasing a back to back album once they're done with the tour.

"We're playing out of our skins at the moment," Bono explained. "It's pathetic it took us 35 years to be the band we've always wanted to be. It's a wild thing to be in it. Our friend, Noel Gallagher, came to a show and said to us, 'You're starting with the encore?'"

In fact, Bono revealed that they already have a few songs in the line up as he teased a track called, "Tightrope," written by Edge.

"We're well into it," Bono of the new single in their upcoming album. "Edge just came up with a cracker the other day! It's provisionally titled 'Tightrope.'"

"It's very epic. It's very up. And, you know, that's probably what the experience has taught us: to be fully in the moment and that fun is respected, and joy is not to be let go of."

And while they haven't talked about the release date of their upcoming album, Gig Wise explained that there could be a possibility that they would release it the same manner as "Songs of Innocence" was released in iTunes.

"We haven't figured it out yet, but our intention would be to get it out sometime in the back end of next year," Edge talked to The Belfast Telegraph. "I would not rule out doing something similar with the next record."

Also, the guitarist talked about how U2 had decided to surprise fans with "Songs Of Innocence" being made availble in Apple.

"It was an opportunity that will only ever come around once for anybody," he said. "I don't think anyone would want to do it again."

With no specific date yet, a new U2 album is said to be schedules sometime in 2016.