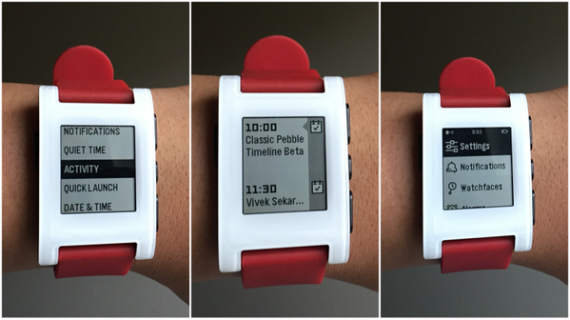 Don't retire your Pebble Classic or Pebble Steel just yet. The smartwatch maker just announced the beta version of firmware update 3.8 which brings the Timeline UI to their older offerings, among others.

"We're happy to announce that timeline, unlimited apps, and more are on their way to the Pebble Classic and Pebble Steel this month," the company said in its official website.

According to CNET, version 3.0 of Timeline was introduced with Pebble's newer line of smartwatches back in Feb.

With the announcement, Pebble makes good on its promise it made during its Kickstarter campaign to bring the UI to its older smartwatches. But the feat wasn't exactly a walk in the park.

A firmware engineer posted on Reddit saying it was "the toughest project that [they] have ever tackled."

"I have been watching many of my coworkers pull miracles to cram additional functionality on a device that has been out of code space for a long time," he added.

He went on to assure that the Pebble Classic isn't being left behind and "a very big chunk of [their] firmware team [are] working hard on it."

The Pebble Timeline update is currently available in beta form. The company is inviting Android users to participate in beta testing by heading over the Timeline for Pebble Classic Beta page.

Pebble said invitations will slowly roll out at first and will "increase over time" so don't be discouraged if you're not invited right away.

"Once granted, you'll have to remove the app and unpair the device from your phone, before the new firmware will reach the watch," Alphr said.

But "due to restrictions within the iTunes App Store," iOS users will have to sit out beta testing, unfortunately. It's reportedly only available in English as well.

Not to worry though as Pebble thinks firmware 3.8 which brings Timeline and other features for the Pebble Classic and Pebble Steel will be ready for launch "later this month."