Sunrun Opens Corporate Office in Denver, Pledges To Hire Up To 800 Workers In The Next Few Years 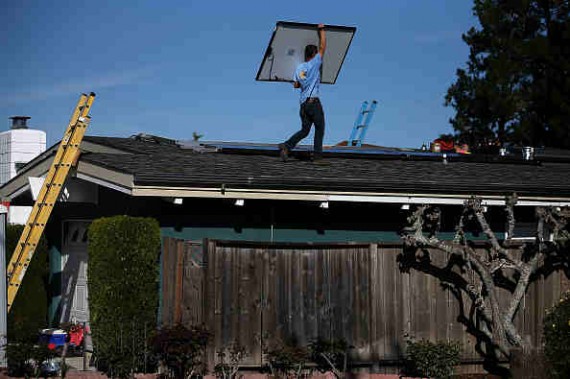 Sunrun Inc., the largest dedicated residential solar company in the US has announced in a press release that it will be opening a new corporate office in Denver, Colorado.

The company will also be hiring up to 800 new workers over the next few years.

Sunrun said that they have saved local homeowners in Colorado more than $4.3 million in their electric bills since 2007.

The company will also be helping advance Colorado's cleantech industry with the employment opportunities it will provide, namely in operations, project planning, and design engineering.

Sunrun attributes its expansion to Colorado largely to the leadership of John Hickenlooper, the governor of the State of Colorado, and its policymakers.

The Solar Energy Industries Association said that Colorado has invested more than $212 million in installations of solar panels since 2014.

Lynn Jurich, the CEO of Sunrun, said in the press release that they are thrilled to "grow Sunrun's presence in the state with technology-oriented functions that will power solar's growth nationwide."

"Our fast-growing industry also has support from Colorado's elected leaders through strong in-state and federal solar policies like the solar Investment Tax Credit (ITC)," she said.

The Denver Post said that Sunrun, already one of the biggest solar installers in Colorado, has leased about 35,000 square feet at 1515 Arapahoe St. in Denver.

The company also already employs about 20 to 30 people in Westminster.

Jurich said that Sunrun has chosen Denver for its second corporate office due to key factors, including the state's technology-focused workforce, its clean-energy industry, how residents are compensated for solar energy, and a favorable political policy toward renewable energy.

Denver Mayor Michael Hancock also said that access to federal laboratories such as the National Renewable Energy Lab in Golden is also a factor for the company's decision to choose Denver.

Sunrun said in the press release that they plan to open the corporate office in Denver before the end of 2015.

The company also said that the new office helps expand their geographic footprint nationwide to support consumer demand for home solar in 2016.