Tom Cruise Opens Up About 'Top Gun 2' Movie With Jerry Bruckheimer! Will It Finally Move Forward? 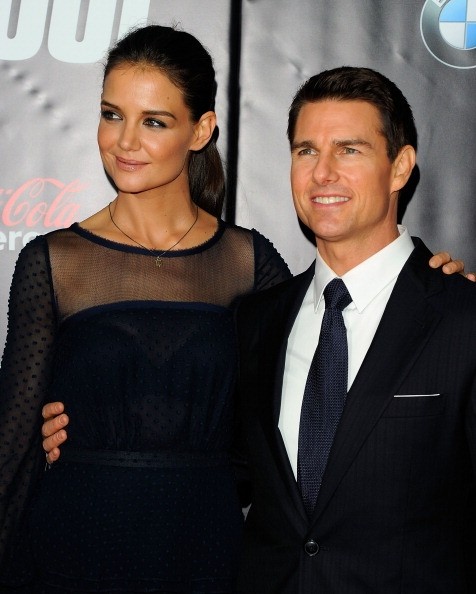 It has been almost 30 years since Tom Cruise starred as Lt. Pete "Maverick" Mitchell in Jerry Bruckheimer's "Top Gun" movie.

And for years talks of a second film have been on and off.

And while there had been no official announcement yet, Tom Cruise has finally decided to talk about his involvement in a "Top Gun 2" movie.

Talking to Extra TV, Cruise may have crushed fans hope of seeing him again fly fighter planes as he admitted to not having any plans of the sequel yet.

"I have not thought about it," he explained of a possible "Top Gun 2" movie. "We have not turned our eye to it. I don't know."

But knowing Tom Cruise, there's no mission that's impossible for him to handle.

In fact, he previous told Reuters about his idea of how he would want the "Top Gun 2" movie to continue.

"It would be fun. I would like to get back into those jets," Cruise said.

"It would have to be practical. I don't want any CGI jets. I want to shoot it like how we shot the first one," he added.

Skydance CEO David Ellison has even claimed that a story is now in the works to make "Top Gun 2" possible, Collider reported.

"Justin Marks is writing the screenplay right now," Ellison said. "He has a phenomenal take to really update that world for what fighter pilots in the Navy has turned into today."

He added, "It is very much a world we live in today where it's drone technology and fifth generation fighters ... It's really exploring the end of an era of dogfighting and fighter pilots and what that culture is today."

It can be remembered that producer Jerry Bruckheimer also said something about "drones" and its role in "Top Gun 2" movie.

"The concept is, basically, are the pilots obsolete because of drones," Bruckheimer explained of the sequel's plot. "Cruise is going to show them that they're not obsolete. They're here to stay."

"It's just getting to the starting place. Fortunately for Tom, he's very busy, so you have to find a slot he can fit into and get a budget that [studio] Paramount feels they can make the picture."

Ellison even confirmed the involvement of Tom Cruise as Maverick in the sequel.

"There is an amazing role for Maverick in the movie, and there is no 'Top Gun' without Maverick, and it is going to be Maverick playing Maverick," Ellison said.