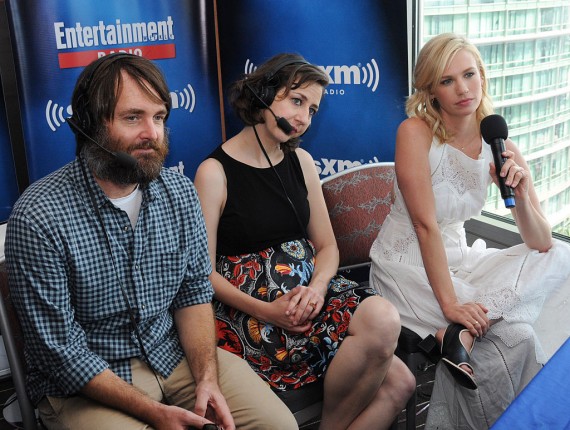 The final minutes of "The Last Man On Earth" season 2 episode 10 is the total opposite of what the Fox TV series greatly does.

Instead of making fans feel pain to the stomach for non-stop laughing, the winter finale had its audience at the edge of their seats.

There might have only one Phil when the show returns next year.

"The Last Man On Earth" season 2 episode 10 titled "Silent Night" literally had the audience at a loss for words with the sequence wherein an inexperienced and scared Gail (Mary Steenburgen) tried to do operation on ailing Phil (Boris Kodjoe). It seems she failed with the task of keeping the most skillful member of the group alive based on the buzzing lifeline.

Is he really dead? Lead cast Will Forte refuses to say the second Phil is officially gone.

"How do you know he's dead?" the comedian asked when Entertainment Weekly's Dan Snierson asked why they killed of Phil. "There are all kinds of books written about people who seem like they're dead: They go up, they see themselves from space, and they're looking down at their body, and then they go back in there. This could be one of those situations. Who knows?"

Forte also revealed that Kodjoe is supposed to be on the show for only a few episodes but things looked good for him and the show so they extended him.

"Our original plans were that this character was only going to live for a couple of episodes, and we loved Boris so much and the dynamic between the two Phil Millers that we extended that," he added. "We'd had this plan for a long time because we wanted to put them in a very real situation that could happen and you'd go, "What the hell would you do in that situation?" It's as real as it gets, and we wanted to make sure that we didn't shy away from those situations."

Another pulsating scene in the mid-season finale features Mike, Phil's brother who's stuck in the outer space. The last seen of him was he was falling off to the earth back but without a protective gear which means there is a high chance he might not survive.

Forte just played with EW teasing it is a shame there are two deaths in one episode.

"Yeah, it's just too bad - two deaths in one episode is a real bummer," he said. Who knows? I don't know. I don't know how this show goes. I'm watching this at the same time. They haven't let me know what's going on... No, I know what happens. We'll see what happens. They make spacecraft pretty strong these days."

Fox is yet to announce release date for "The Last Man on Earth" season 2 episode 11.