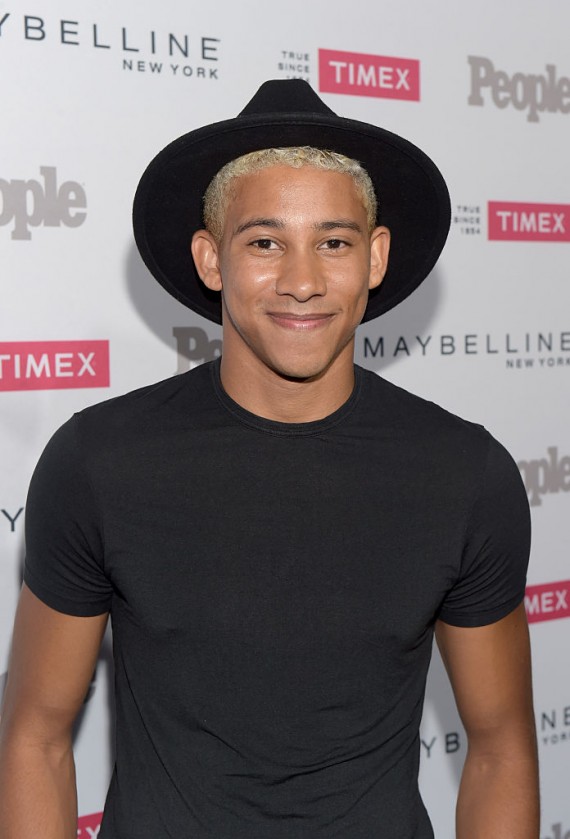 There are no "The Flash" season 2 spoilers yet whether the newest character Wally West will follow the storyline of his comic book counterpart.

Keiynan Lonsdale's character is another speedster in the DC comics. He is the nephew of Barry Allen through his wife Iris West. In the CW Network superhero show, Wally and Iris are brothers and sisters.

He became a speedster in "The Flash: Future's End" after an accident while witnessing the battle between 20th Century and current time's Barry Allen.

Fans don't have to wait to be surprised. Lonsdale is positive his Wally West version will gain super speed as the show progresses.

"Yeeeeeees! I'd be crazy if I said otherwise," Lonsdale told Just Jared Jr when asked for "The Flash" season 2 spoiler regarding Wally West's future in Central City. "I'm sure that's where we'll go with it, we have to. If it doesn't happen soon, I will casually make my own suit and casually wear it on set to make everyone speed up the process."

When asked to describe Wally West, the young actor has an intriguing description.

For now, Wally will spend more time with his dad Joe (Jesse L. Martin) and Iris. While there is a sense of longing between these family members, Lonsdale said it won't be a smooth transition for them.

"Wally is trying to find his place within this family, but his place is already kind of taken, in his eyes at least, by Barry," he told Entertainment Weekly. "He isn't the biggest fan of Barry in the beginning. Obviously we know in the future and in the comics at least that they're going to be running side by side, but at this point, it's a funny sibling rivalry from Wally's end, at least. Barry's such a great guy. He's such a funny, nice human that it makes the dynamic pretty entertaining."