Sanofi And Boehringer Ingelheim In Talks Over Asset Swap, Animal-Health Business To Be Swaped For Consumer Healthcare Business 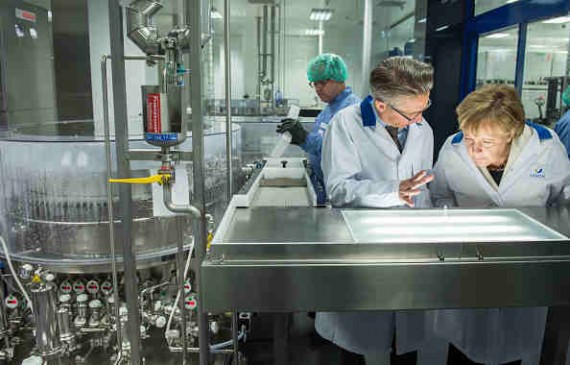 Sanofi SA has announced in a press release that it has entered into exclusive negotiations with Boehringer Ingelheim GmbH to swap businesses.

Boehringer's consumer healthcare business in China is excluded from the deal.

Sanofi said that the transaction would make them the number one ranked player in consumer healthcare, with expected pro forma sales of approximately €5.1 billion in 2015.

The company will also have a global market share of close to 4.6 percent.

Olivier Brandicourt, M.D., the CEO of Sanofi, said in the press release that the transaction with Boehringer meets "one of the key strategic objectives" of the company's roadmap until 2020, which is to "build competitive positions" in areas that the company can "achieve leadership."

"This transaction would allow Sanofi to become a world leader in the attractive non-prescription medicines market and would bring a complementary portfolio with highly recognized brands, allowing for mid and long-term value creation," he said.

Shares of Sanofi have jumped the most in more than seven weeks as a deal would help Brandicourt reshape the company, according to Bloomberg.

The company is poised for a sluggish earnings growth over the next two years due to the declining sales of its best-selling insulin.

Brandicourt, who joined the company in April, said last month that he would consider options for assets, including the Merial unit and the European generics operations.

Brandicourt is looking to cut costs by €1.5 billion and focus on fewer priorities.

As part of the transaction, Boehringer will also be paying Sanofi €4.7 billion, which a portion of the net proceeds will be used by the company to repurchase shares.

A definitive agreement is expected in the coming months following consultations with relevant social bodies.

Sanofi and Boehringer are aiming to close the potential transaction in the fourth quarter of 2016.