Hudson's Bay Close To Buying Gilt For About $250 Million, Plans To Pair Fashion Retailer With Its Saks Off 5th Brand 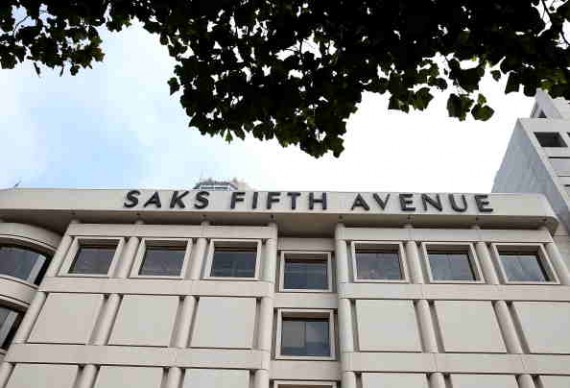 The Hudson's Bay Co., which owns Saks Fifth Avenue, is nearing a deal to buy Gilt Groupe Inc. for about $250 million, people familiar with the matter told The Wall Street Journal.

One of the sources said that Hudson's Bay plans to pair Gilt with its off-price Saks Off 5th brand. The plans that are under consideration could include opening Gilt shops inside Saks Off 5th stores, the person added.

Hudson's Bay is also planning to leave most of Gilt's management team intact.

The New York Times said that if the two sides could reach an agreement, it would cap a long and volatile ride for Gilt.

The company shook up the fashion industry when it opened for business eight years ago.

Gilt was a pioneer of the so-called flash sales, in which consumers have a limited amount of time to buy clothes, accessories and furniture sold by the site.

Due to Gilt's early success, investors considered the company to be on a fast track for an IPO a few years ago.

The Internet retailer has raised funding from a who's who of firms, including SoftBank Group, Goldman Sachs Group and General Atlantic.

Gilt, though, has struggled to break out from the industry that has lost its allure in recent years as the economy recovered and discounts became common.

The $250 million proposed acquisition price is just a fraction of the value investors have placed on Gilt four years ago, which reflects a decline in its business.

Venture capitalists placed a $1.1 billion value on Gilt in 2011.

A person briefed on the figures said that Gilt had sales of roughly $125 million in the third quarter of 2015. This is down 10 percent from the roughly $140 million figure a year ago.

The person also said that the company also had an operating loss of $11 million in the third quarter.

Gilt's cash balance has also decreased to just $16 million at the end of September, including the invoices that the company hoped to collect on.

This could have added pressure to sell the business.

The people cautioned, though, that a final deal has yet to be reached and negotiations could still fall apart.

It is also possible that another company could outbid Hudson's Bay, who is planning to announce the deal early next year.