Ryan Gosling And Eva Mendes Wanted Another Baby? Couple Is Now Reportedly Ready To Get Married 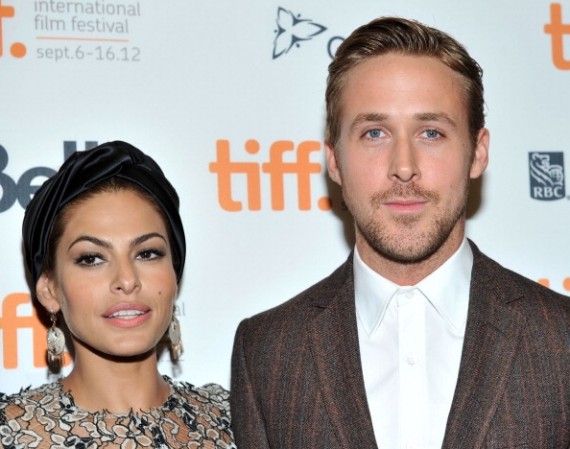 Ryan Gosling and Eva Mendes are reportedly happy having baby Esmeralda Amada in their life that they wanted to have another one soon.

Apart from expanding their family, the 35-year-old actor and his girlfriend are also planning to get married. There were reports last year that "The Notebook" star isn't ready to get hitched, but it seems that he had a change of heart.

He swore he was never going to walk down the aisle. Being a husband wasn't something [Ryan ever] aspired to," an insider told Hollywood Life. "Despite Ryan's vow, once Eva's mothering instincts kicked in, and Ryan fell in love with her all over again."

The source also revealed to Life & Style that Ryan Gosling and Eva Mendes think that marriage makes more sense now that they have a daughter. Unlike a typical Hollywood wedding, the couple is reportedly planning a low-key nuptial.

"No big A-listers will be there," an insider revealed. "Ryan and Eva want to keep things private, very much how Eva reportedly managed to hide her pregnancy for months or how it took over a year for anyone to get a photo of Esmeralda."

Fans of "The Place Beyond The Pines" co-stars were thrilled to see the first photos of their little girl during Halloween. The two really knows how to keep away from the paparazzi so a secret wedding could happen anytime soon.

"The last thing they want is an over-the-top-spectacle," their source added.

When it comes to their future baby's gender, it seems that Ryan Gosling wanted to have a junior.

"He would love a little boy," an insider said as reported by Hollywood Life.

However, another girl will be fine too because both he and Eva Mendes are crazy for their baby girl Esmeralda Amada.

"He just loves being a dad," their source revealed "and can't wait to be a husband!"