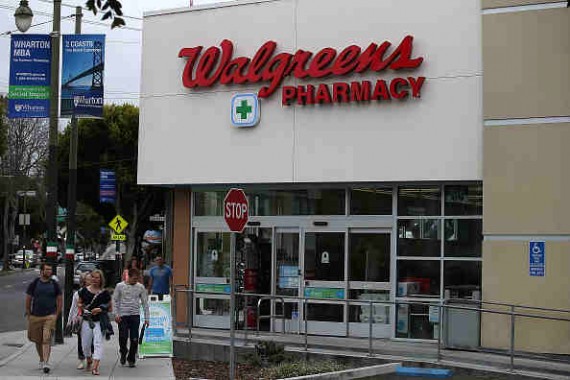 Valeant Pharmaceuticals International Inc. has announced in a press release that it has new fulfillment agreements with Walgreens Boots Alliance Inc., the largest drugstore chain in the U.S.

The agreement with Walgreens has boosted Valeant's credibility with wary investors, and sent its shares up 17 percent.

Reuters said Valeant and its chairman and CEO Michael Pearson have come under pressure for the steep price increases on some of the company's drugs.

Valeant is also reeling from its close ties to a specialty pharmacy that used aggressive methods to overcome insurer barriers to reimbursing its medicines.

The company's share prices have dropped nearly 75 percent in recent months as its actions came under scrutiny from Congress, the State, and federal regulators.

Valeant said that they will be reducing the prices of their branded prescription-based dermatological and ophthalmological products by 10 percent.

The reduced pricing applies to the wholesale list prices of these products and will be phased in over the next six to nine months.

David Larsen, an analyst for Leerink, said in a research note that Valeant "appears to be taking steps to appease some pricing scrutiny.

Valeant said that the 20-year agreement, which will take effect on the first quarter of 2016, is designed to create a more efficient model to help lower costs while ensuring patients have access to doctor-prescribed products.

The company also said that patients who have commercial insurance will be able to benefit from lower out-of-pocket costs, which is initially set to be as low as zero in some products.

Pearson said in the press release that the company has listened to "what the marketplace is saying" and has "taken positive steps to respond."

"Our goal is to create a system that allows prescription medications to be dispensed and insurance claims adjudicated in an efficient manner while allowing physicians to focus their efforts on what matters most: patient care," he said.

The cost-sharing program, though, will not be applicable to patients with government insurance due to government regulation.

Valeant also entered into a separate agreement with Walgreens where the company will distribute more than 30 branded products in the dermatology, ophthalmology, gastrointestinal and neurology/other therapeutic areas through Walgreens.

The company will be distributing these branded products where generics are available at generic prices, which will be available to all patients beginning in the second half of 2016.