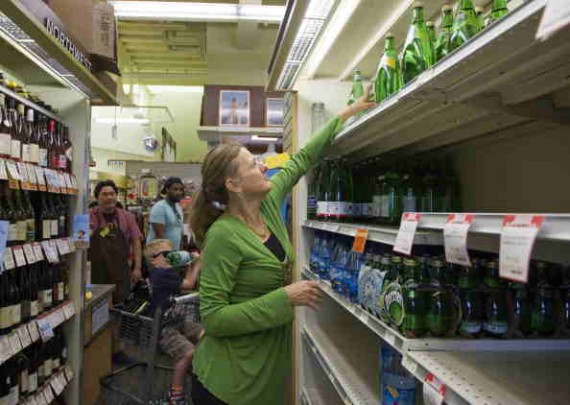 Trader Joe's has announced in a press release, published by the U.S. Food and Drug Administration, that they are voluntarily recalling the company's Triple Ginger Brew.

The recall is due to reports of unopened bottles potentially bursting.

Trader Joe's said that the ginger brews being recalled are purchased from November 9, 2015, through December 14, 2015.

All Triple Ginger Brew bottles being recalled are stamped with the code SKU 51857.

No injuries or illness have been reported to date and the company said that the ginger brew does not pose a health risk if consumed.

The potentially affected product was distributed to Trader Joe's stores nationwide and is sold in 25.4 FL OZ or 750 mL glass bottles.

The company said that customers who have purchased the potentially exploding unopened bottles of Triple Ginger Brew should handle the bottles with care.

Consumers should also dispose of the bottles immediately in an outside container.

The potentially exploding unopened bottles have already been removed from store shelves.

Trader Joe's said that they will provide a refund to customers who have purchased the Triple Ginger Brew at any of the company's store locations.

News 10 said that Trader Joe's will not be selling the Triple Ginger Brew bottles in any of their stores for the remainder of the season.

Customers can contact the company's Customer Relations for any inquiries at (626) 599-3817.

They can contact them from 6 a.m. until 6 p.m., Monday through Friday.

Alison Mochizuki, a spokeswoman for Trader Joe's, said the company declines to comment any further on the issue.