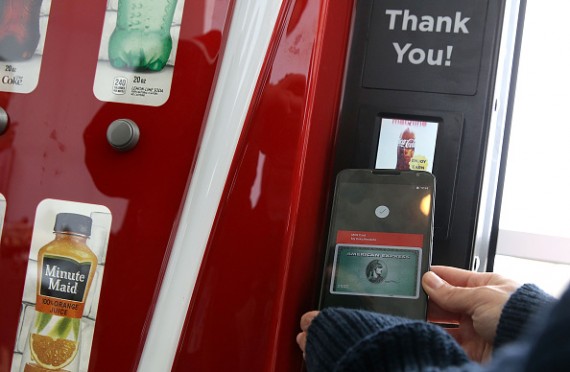 Earlier this week, the tech giant added the feature to their mobile payment platform to bring "simplicity and security to purchases within app."

"Just tap the Android Pay button in the app, confirm your information, and you're done!" Google said in a blog post.

Among the first batch of apps to support in-app purchases via Android Pay are on-demand services such as Lyft, Doordash and Instacart, as well as shopping apps like Spring, Wash and Jet.

More apps are expected to take advantage of the feature "in the next few months." To encourage consumers to try it out, a few apps are offering discounts as incentives.

Launched earlier this year, Android Pay was conceived as a solution to the problem of entering personal and payment details on the small displays of mobile devices, according to TechCrunch. Typing in details is reportedly replaced by a quick tap within the app to complete the transaction.

Android Pay is a bit late to the in-app purchase support party as rival Apple Pay launched with it. Even Google Wallet have had it as well.

Now that it has it though, Ars Technica said it has become "a real competitor for market share with Apple Pay."

Interested in using the feature? Check out this quick guide from Tom's Guide.

Meanwhile, Google also announced Android Pay will roll out in Australia in the first half of 2016. The tech firm teamed up with ANZ, Westpac and other financial institutions in the country. MasterCard and Visa holders will be able to use Android Pay with McDonald's, Telstra, 7-Eleven and other merchants.

But Google's mobile payment platform won't stop down under as more countries will be added throughout 2016.

"This was a big year for Android Pay, and we're excited about what's to come."