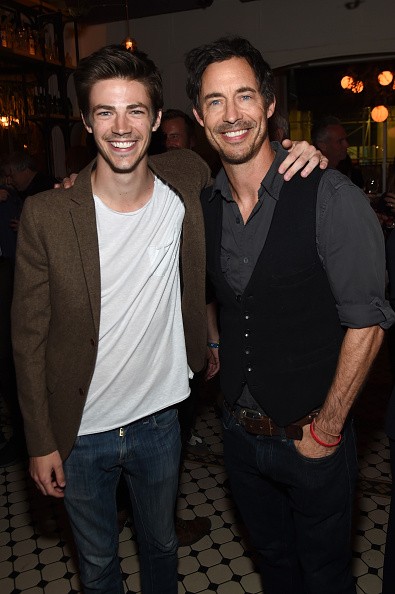 There are new faces when "The Flash" season 2 returns next year.

Exclusive "The Flash" season 2 spoiler from Comicbook.com revealed Geomancer, a metahuman who can "manipulate earth," is set to meet the Scarlet Speedster (Grant Gustin) and his group.

"Actor Adam Stafford has been cast in the role of Adam Fells, also known as the DC Comics villain Geomancer, in the forthcoming thirteenth and fourteenth episodes of The Flash's second season, ComicBook.com has confirmed exclusively with the studio."

There are no reports though if this new villain will appear on the original or the Earth 2. However, there are set photos claiming Geomancer is from Jay Garrick's world and Barry will meet him when he and his team travel there.

According to Comicbook.com, Geomancer is "a dangerous meta-human with the unique ability to create earthquakes. Intent on destroying the Flash, Geomancer uses his powers to unleash a string of targeted earthquakes, optimistic that he'll draw out the Flash for a mano-a-mano fight to see who's the most powerful metahuman in Central City."

Although another rogue has been added in The Flash's gallery, another possible ally is set to surface. Eliza Hamilton, who in the comics gained super speed ability because of Lex Luthor's experiment, will appear on Episode 16.

"I can report that for Episode 16, the CW hit is guest-casting the DC Comics character of Eliza Harmon, whose TV incarnation is described as an 'exceptionally bright scientist' with a 'split personality a la Jekyll and Hyde,'" TV Line responded when a fan asked for "The Flash" season 2 spoiler. "In DC lore, Eliza was a Lex Luthor-created speedster, hmm..."

There are no reports yet who will play this new speedster. Currently, there are two speedsters who are yet to gain super speed in the CW Network superhero show.