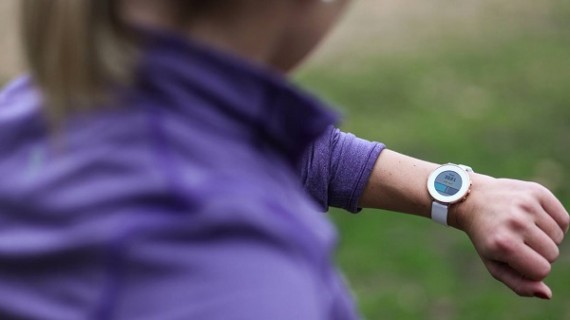 "Every aspect of Pebble Health works simply, automatically and seamlessly so that it's fun and easy to use," Pebble said in a blog post.

The app brings step counting and sleep tracking to Pebble smartwatches. While third-party apps can provide the same functionality, the native app means integrated into the OS.

According to Forbes, Pebble Health is integrated into Timeline and "[checks] for points in your day that are free from meetings and suggesting them as potential activity times to up your levels."

What's more is that the app does away with standard fitness goals. Gizmodo said it looks at your data and suggests how to improve it by suggesting an earlier bedtime or comparing your steps to your daily average.

Pebble will also release a Health API that developers can use to "build apps and watchfaces that turn health and activity data into beautiful visualizations and valuable new experiences."

Pebble Health was developed with the help of researchers from Stanford University" Wearable Health Lab who came up with the app's activity tracking algorithm, according to The Verge.

While the algorithm was made public to be "used and tested in an unbiased environment," user data remains private.

But as the website pointed out, the Pebble Health app does have a few caveats. Reportedly, you'll have to look elsewhere if you want to track your workout sessions.

The smartwatch maker also said the app will only work with its newer smartwatches, the Time, Time Steel and Time Round. On the other hand, it does integrate with both Apple HealthKit and Google Fit.

Firmware update 3.8, which brings Timeline to the Pebble Classic and Pebble Steel, is needed to get the Pebble Health app. Versions 3.8.0 and 3.5 are needed for the Android and iOS apps, respectively.