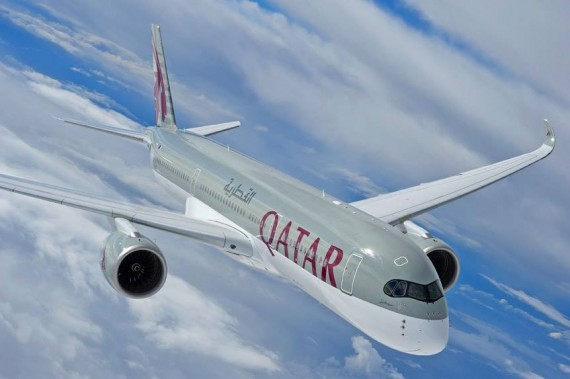 A Qatar Airways Airbus A350 aborted takeoff during an inaugural US flight from New York to Doha although it was able to complete the flight later.

The said flight only had a handful of passengers on board, including journalists and special guests. One of them was Zach Honig, editor-in-chief of travel website The Points Guy, who managed to film the whole thing.

"As you can see in the video above, about 18 seconds after we began rolling down JFK's runway 22R, the aircraft self-aborted, bringing us from more than 100 mph to a loud, screeching halt in roughly 15 seconds," he said.

There were no casualties reported except the pillows and blankets thrown off from each seat in the Airbus A350's economy section.

Honig did say that he and the other passengers "were quite shaken" by the incident. Qatar Airways' chief commercial officer later told him that the plane put on the brakes after the $295-million plane "got a signal that the runway was too short."

"Airbus, together with our customer, are analyzing the event," a spokesman for the aerospace giant told CNET.

It was implied that rather than the pilots doing so, the technology decided to abort the takeoff although the website said "Airbus doesn't believe that to be the case."

Despite the incident, Qatar Airways still managed to fulfill its goal of being the first airline to bring the A350 in and out of the US.

QR7452's flight back to the airline's home base in Doha, Qatar was an uneventful one. Honig went on to tweet that the mood onboard became much better during the flight.

Qatar Airways is a launch customer of the A350 which is made from lightweight carbon fiber for better fuel economy, according to The Telegraph.

Franchise Herald previously reported the airline is using the passenger jet for its US expansion - something American, United and Delta are opposing.