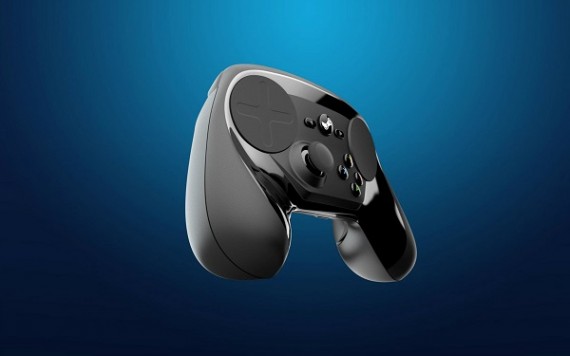 The company noted how RTS and RPG gamers have to deal with "complex on-screen UI" such games are known for.

"To make it easier to navigate them, we added Mouse Regions, a configurable way of mapping an entire trackpad to a region on-screen," Valve said.

Another nifty addition is the Touch Menu which players can use to map up to 16 different hotkeys in a single interface.

For FPS players, Valve updated the Steam Controller's gyro input to make aiming and leaning much easier, something the community has already taken to liking.

A new HUD was also introduced which lets players know "what input the controller is generating."

Valve said many of the features the Steam Controller update brought were made based on user feedback. One of which is the mouse-like joystick mode as suggested by a NeoGAF user.

"This mode introduces the accuracy of a mouse to the peripheral to help manipulate cameras," according to Polygon.

Earlier this year, the company asked for the community's help in redesigning the Steam Controller.

The "Half Life" developer also rolled out a Steam Beta update which added account support. With it, players can save their preferred game configuration on their own controllers by logging into their accounts.

"The controller & account registration system allows you to take your controller to another PC and easily use your configurations, even if you're not the account logged into Steam on that PC," Valve said.

While the update in question also allows configuration sharing for non-Steam games, Gameranx said many are still complaining of a lack of non-Steam game support for certain games.

Valve did say they'll bring the said feature, per the community's request, in the next Steam Beta client.

The Steam Controller was launched in Nov. together with the first Steam Machine and Steam Link device. In announcing the update, Valve also shared a video showing how the peripheral is made.