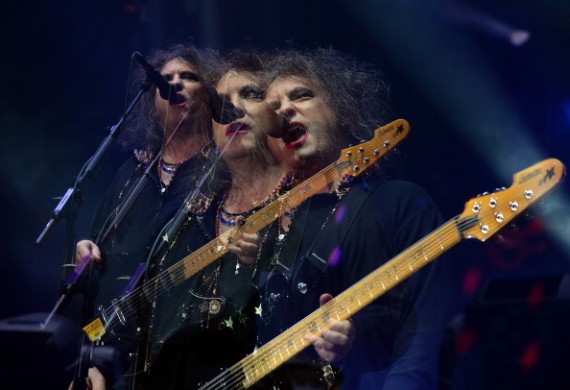 Following the lengthy court battle from their former label company, The Cure is now ready to move on.

And what better way to celebrate the ending of a decade long trial is of course to have not only a tour but also a new album.

Consequence of Sound revealed that The Cure is all set to perform in "Hollywood Bowl in Los Angeles, Chicago's UIC Pavilion, and Madison Square Garden in NYC," between the dates of May to June.

And while more details will reportedly be announced in January, fans are also hoping that the band will provide information on a new album.

And in a previous interview with NME, frontman Robert Smith teased of the new album details.

"There's new stuff that we're doing with this line-up and stuff we finished with the old line up," Smith revealed.

And in a separate interview with Uncut, the 56-year-old artist also joked about the title of their new album saying that it will be called, "4:14 Scream," in line with their last record, "4:13 Dream."

And while he admitted that it is "a dreadful title," he explained that Andy, their go to guy for their cover arts "has done a really great album cover for it, a kind of pastiche of me doing a scream, so maybe we'll keep it. It's one of those reverse psychology things, where it's so bad it's good."

And while everything seems to be going well with The Cure, Smith did share the band's experience during the decade long ordeal they had to endure while waiting for the court battle to be over.

With the band members' strong relationship, The Cure was able to get back on its feet again.

"A lot of stuff happened, unfortunately, with the last line-up of the band," Robert Smith explained. "People forget sometimes that even when you get older, when you play music with people, there's a very intense relationship there and when that breaks down then it's very difficult to just pretend it doesn't matter."