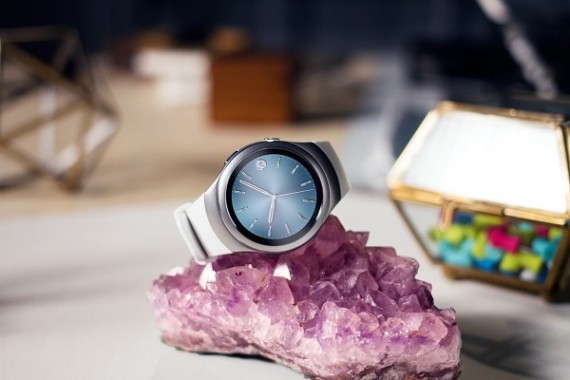 No need to bring your phone anymore. The Samsung Gear S2 can now send and receive texts with AT&T's NumberSync.

The US carrier announced it's adding the feature to the Gear S2 via a software update earlier this week.

While cellular service support on a smartwatch isn't exactly groundbreaking, wearable devices do need their own number, as Tech Times pointed out.

The latest AT&T update does away with that.

"NumberSync lets you send and receive texts, as well as make and receive calls, from your smartwatch using the same mobile number that your family, friends and colleagues already recognizes," AT&T said.

The new feature reportedly works with the carrier's wireless network but doesn't require being tethered to your smartphone via Bluetooth. It can even be used even when your handset is off or not connected to the network.

No more worrying about missed calls and texts when you leave without your phone.

9to5Google said the Gear S2 is the first smartwatch to get NumberSync. AT&T did say it plans to roll out the feature to other devices in the future.

According to PhoneArena, NumberSync is now available for the Tizen-powered smartwatch for $99.99 on a two-year agreement.

Those who are just picking up the Gear S2 from AT&T will already have the feature on their device. A Mobile Share Value plan is required for $30 a month for new plans and $10 for existing ones.

The idea for NumberSync reportedly came from within the carrier's ranks via its employee crowdsourcing platform, The Innovation Pipeline. The feature was then developed in-house.

Launched earlier this year, the Gear S2 is the first round smartwatch from Samsung. It has received rave reviews since and is set to get more updates to add to its functionality.

Check out how the feature works with the Samsung Gear S2 in AT&T's video below: