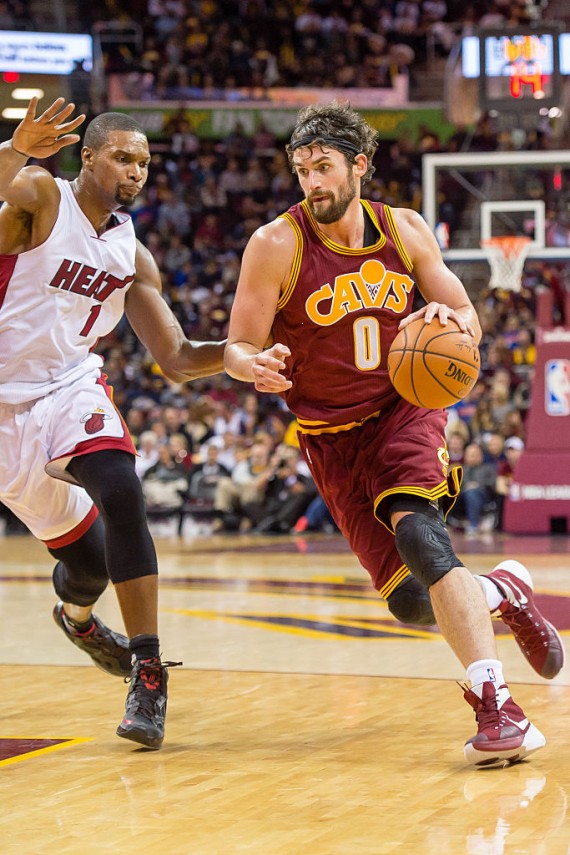 This is arguably the most bizarre NBA trade rumor around.

Reports have it that Miami Heat is planning to let go of one of their star players in exchange of another who is from a team they lost their best player to.

"According to SI's The Cauldron, Kevin Love's new contract will increase his trade value, and so will the team's decision to make him the focal point of the offense early in the season," Yibada wrote.

"However, the Cavs were most successful in last year's playoff run with LeBron James playing the power forward spot. This is why they still needed to sign Tristan Thompson at such a steep price."

"The Cauldron noted that 'Thompson's defensive skillset and comfort operating without the ball makes him infinitely more suited to play center next to James than Love is." Love had difficulty playing off the ball after being the first option in Minnesota for his entire career.'"

This is a bizarre NBA trade rumor given the fact that Kevin Love just signed a lucrative deal with the team that gave him his first playoff appearance.

Also, it is worth noting that Lebron James, Cavs' star player, and Bosh seem lock as opponents on the court this season following the former's decision to leave Miami to go back to Cleveland a year ago.

"Bosh has a lot of value around the league," SI reported. "If the Heat are going nowhere this year, trading Bosh gets them under the tax line and would return a decent package of players and assets. The added bonus is that it gives them that much more of a clean slate to attract Durant. If the Heat aren't going to contend this season, there are better ways of maximizing Bosh - ones that could help jump-start another rebuild."

Kevin Love is Cavs' second best player at this point and Cavaliers are doing great. He is currently averaging 17.6 ppg (2nd best to James) and hauls 10.8 rebounds per night, the best in the team.

Will this NBA trade rumor push through?