For The Fans! Cris Cyborg Wants To Fight Ronda Rousey Next But On Her Terms 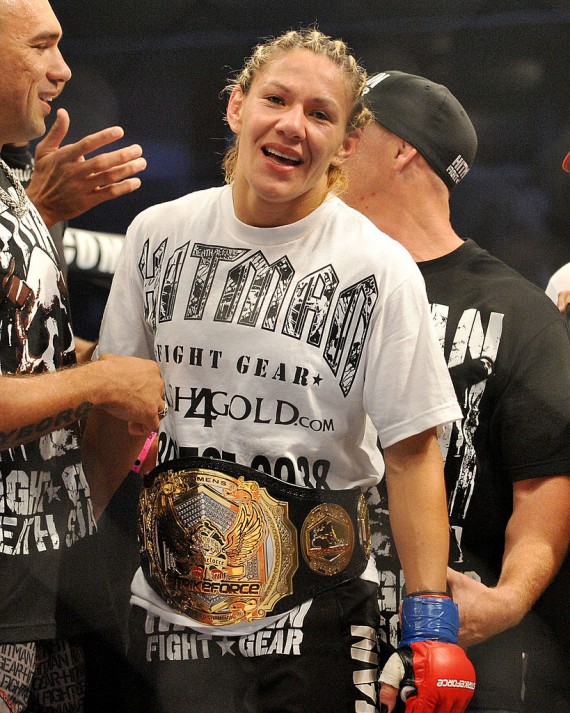 She has agreed to do a rematch with Holly Holm but she is still medically suspended and her coach thinks it will take time for her to recover physically from her shocking defeat.

For another champ Cris Cyborg, Rousey's next fight should be with her. Not just for herself but also for the fans of mixed martial arts.

"I hope [a fight with Rousey happens] for the fans," she told Yahoo Sports but doubts the 28-year old will agree. "But if she was running from me before the loss, imagine how much faster she will be running from me now."

Cyborg, who won the Strikeforce title in 2009, also said that the fight should be in her terms.

"I'm not chasing her anymore. After all, didn't she say 'You come to the champ?' I have been a world champion for 10 years," she added.

"It's Rousey," he said as per report by Los Angeles Times which added that the fight will take place at the new 20,000-seat arena currently being constructed in Las Vegas.

Her coach is not that optimistic though about Rousey's rehabilitation and time to get back in shape.

"I'm not sure Ronda will be ready for a July fight. She took a severe beating [in her fight with Holm] and I don't think it's in her best interest to take the next fight so fast," he said as per The Guardian adding that another contender Miesha Tate can challenge Holm if she wants to.

"Holly's used to staying active. We're from the old school and we believe the No. 1 contender is there for a reason. ... [Tate] deserves a shot."

Just few hours before her win over Rousey, Holm said she is open to giving Rousey a rematch.

"I think a rematch makes sense for sure," the 34-year-old said during the post fight conference. "I've been on the losing side of a fight (in boxing), and I wanted a rematch. I wanted to avenge my loss. With a champion like Ronda, who's gone out of her way and gone above and beyond to do great things, absolutely, she deserves a rematch. I don't look at this fight and think I've made it. I think I've still got some things to do."