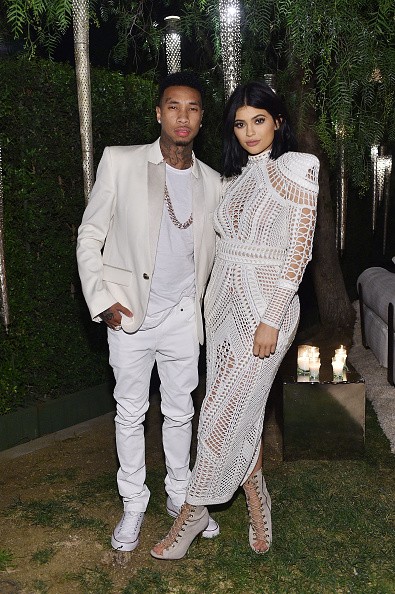 Last week's episode saw Khloe getting upset with momager, Kris Jenner, after finding out that the latter is still in contact with her ex-husband Lamar Odom, even giving her new contact number.

And while tonight's episode should have been a "drama-free" episode as the Jenner-Kardashian clan decided to their busy life for St. Bart's getaway.

However, we all know that there is no such thing as "drama-free" life for the Kardashians. And while they attempt to leave their troubles behind, Kylie will start the tension by announcing that she's bringing her boyfriend, Tyga, with them.

Kylie's decision will irk Kendall, who responded, "You could have taken this time to be with your family."

And as the two younger Kardashians get annoyed with each other, Kourtney will be haunted by Scott issues, despite the fact that this would be the first time the family will go out of town without him.

While browsing her social media, Kourtney apparently sees Scott in photos getting cozy with two women.

"This is the first trip without Scott and he's still causing a problem," Kim Kardashian reacts in a confessional interview. "I just hope it doesn't ruin the trip."

Knowing what's about to take place in the whole trip, Kris Jenner just shook his head and say, "This is going to be a long week."

Read "Keeping Up With the Kardashians" season 11 episode 6 synopsis below:

"The family embark on a trip to St. Barts to forget their troubles, but drama seems to follow them to paradise. Included: Kourtney gets disturbing news about Scott; Kendall is annoyed with Kylie for bringing her boyfriend Tyga; and Kris struggles to get back on Kim's good side."

For more E! reality drama, there is a live stream of the channel which can be accesse on E!  or here (different regions might access different sites), and through that, fans can watch "Keeping Up With The Kardashians" season 11 episode 6.

Be sure to catch "Keeping Up With The Kardashians" season 11 episode 6 live stream tonight at 10:30 pm EST E!.