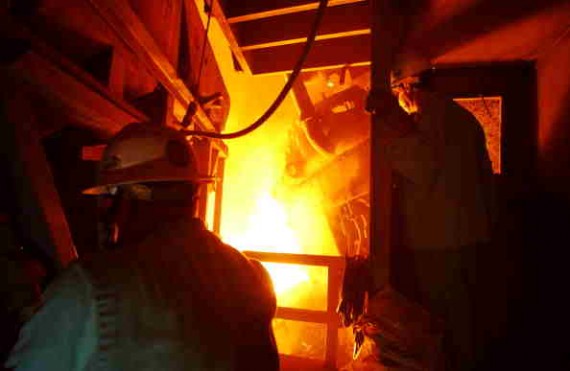 U.S. Steel Corporation has announced in a press release that it will be postponing the construction of the Electric Arc Furnace at its Fairfield Works in Birmingham, Alabama.

The company said that they are delaying the construction due to the challenging conditions in both oil and gas, and steel industries.

U.S. Steel said that they continue to feel the effects of energy market conditions, along with low prices in steel and continued high levels of imports.

To combat the effects of the conditions of the energy market and low steel prices, U.S. Steel has decided to postpone the construction of the 1.6 million net ton Electric Arc Furnace facility.

The company said that the postponement will last until market conditions improve.

The Wall Street Journal reports that U.S. Steel has cut its guidance for 2015 shipments and prices and reported a narrower loss in its third quarter report.

This is due to what the company calls excessive imports and the lack of improvement in commercial markets.

The Electric Arc Furnace that U.S. Steel is building makes steel out of scrap metal instead of using iron ore and coal.

The furnace can also operate with fewer workers and is much easier to stop and restart than a traditional furnace.

The company was looking to improve the efficiency of its flat-rolled segment with the Electric Arc Furnace facility.

U.S. Steel said that the postponement of the construction won't impact their ability to serve its customers across all sectors.

The company will still continue to operate its Fairfield pipe mill and its steelmaking operations in Indiana, Michigan, and Pennsylvania.