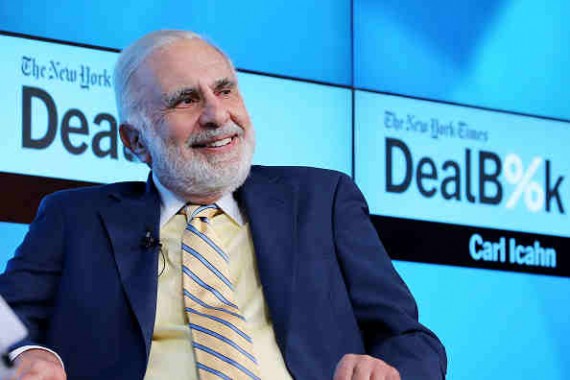 Icahn Enterprises has raised its bid for Pep Boys: Manny, Moe & Jack, a full-service and tire automotive aftermarket chain, to $16.50 a share, or about $919 million, according to a report from The Wall Street Journal.

The company that Carl Icahn controls is in a bidding battle with Bridgestone Corp. for Pep Boys.

Pep Boys said on Monday that its board of directors had deemed the offer by Icahn a "superior proposal" as compared to Bridgestone's.

The company has given Bridgestone until Wednesday, December 23, 2015, 5 p.m. ET to respond to Icahn's proposal.

Pep Boys had already reached a deal to be acquired by Bridgestone in October for $15 a share, or about $835 million.

Icahn Enterprises, though, who was involved in the bidding process earlier this year, unexpectedly made a new offer following the announcement of the Bridgestone deal earlier this month.

Pep Boys and Bridgestone reached a new agreement at the same price that Icahn offered in mid-December.

Bloomberg said that the battle for Pep Boys shows that Icahn and Bridgestone are confident that the company's recent strength will continue.

The recent success of Pep Boys, which has about 7,500 service bays, in addition to its retail business, is being driven by a large and aging U.S. vehicle fleet.

Icahn is looking to add Pep Boys' 800 locations to the Auto Plus chain that he acquired earlier this year.

Bridgestone, on the other hand, is seeking to push deeper into the U.S. and create the world's largest chain of tire and automotive centers.

Analysts are speculating that Icahn may only be interested in Pep Boys' retail operation and would plan to sell the tire and service division to interested parties like Bridgestone.