QNB To Acquire Finansbank, Seeks To Expand In The Middle East And Africa 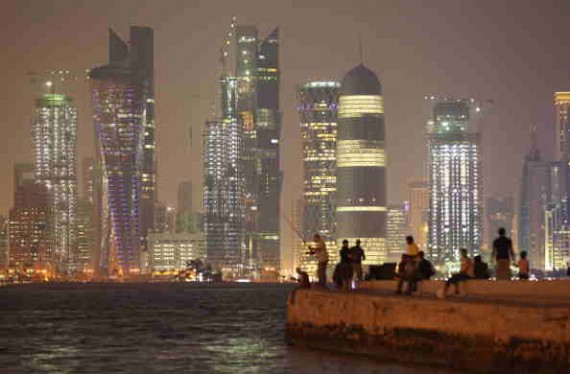 The Qatar National Bank Group (QNB), the largest financial institution in Qatar and the Middle East, and the North Africa Region, has announced in a press release that it is acquiring the 99.81 percent stake of National Bank of Greece (NBG) in Finansbank A.S. in Turkey, for €2.7 billion, or $2.9 billion.

The acquisition will help QNB as it seeks to become an icon in the Middle East and Africa by 2017.

QNB said that to achieve their goal, they are pursuing inorganic growth in large, high-growth markets, one of which is Turkey.

QNB also said that Turkey's trade with the Middle East and North African region has risen nearly ten-fold from $5.6 billion in 2002 to $52.2 billion in 2014.

Ali Ahmed Al-Kuwari, the CEO of QNB, stated that the transaction is a "significant milestone for QNB's vision to becoming MEA icon by 2017."

"Finansbank is a highly regarded financial institution with an impressive track record of success in Turkey, and we look forward to welcoming the personnel and management of Finansbank to QNB Group," he said.

Bloomberg reported that NBG bought Finansbank for the equivalent of $5 billion in 2006, which was considered then as Turkey's biggest banking deal.

The bank is selling its stake in Finansbank, even if it's responsible for driving NBG's profit, to comply with conditions of a European Union bailout.

NBG's initial plan to reduce its stake in Finansbank to 60 percent experienced repeated delays due to the turbulent series of elections that affected the capital market in both Turkey and Greece.

The bank said last month that it would instead sell its entire stake following a management change earlier this year.

The transaction is expected to close in the first half of 2016.