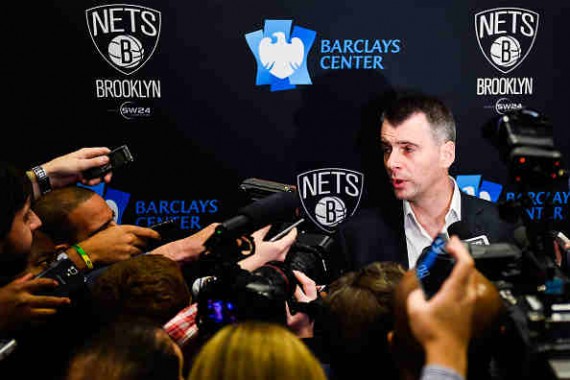 Prokhorov's acquisition marks a loss for Forest City Enterprises, Inc., who banded with a group of investors to purchase the Nets in 2003.

The Wall Street Journal reported that Forest City bought the Nets with a group of investors in a bid to build the Brooklyn arena and a giant surrounding housing development.

The company sold most of its ownership of the Nets to Prokhorov in 2009 but maintained a 55 percent stake in the Barclays Center, which it hoped to turn into a cash cow.

The plan, though, was a financial disappointment as Forest City, which controls Nets Sports and Entertainment, traded the arena to Prokhorov at a value of $825 million.

The value is well below the cost to construct the arena, which is at $1 billion.

Profits that the arena earned from various concerts and other events have been thin, and it also brought in only about $40 million a year in operating income last year, Forest City securities filing shows.

The company projected more than $75 million in operating income.

Prokhorov said in the Brooklyn Net's website that the acquisition brings the ownership structure of the team and the Barclays Center "in line with NBA guidelines."

"We will continue to support arena management to provide a high level of service to our fans and the best sports and entertainment experience in the world," he said.

Bruce Ratner, the executive chairman of Forest City's New York subsidiaries, adds that the development of the arena "enabled the return of major league professional sports and world-class entertainment to Brooklyn."

"As an anchor for the continued development of Pacific Park Brooklyn, Barclays Center stands as an iconic landmark for the borough," he said.

The transaction is expected to be completed either late this year or in early 2016.