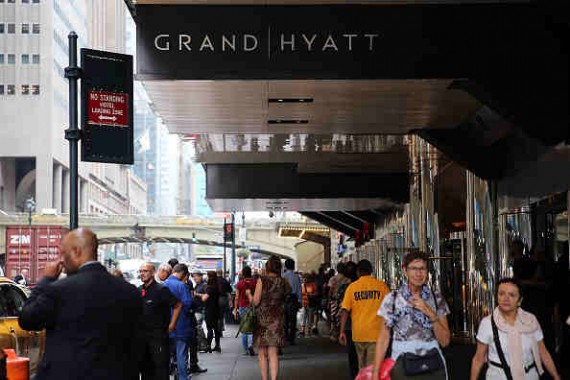 Hyatt Hotels Corporation has announced in a press release that it recently identified malware on computers that operate the payment processing systems for locations managed by Hyatt.

The company has launched an investigation and engaged with a leading third-party cyber security experts as soon as they discovered the activity.

Hyatt encourages its customers to review their payment card account statements closely and report any unauthorized charges to their card immediately.

The company has taken steps to strengthen its security systems to make the customer feel confident using payment cards at Hyatt hotels worldwide.

Computer World reported that Hyatt is the latest in a number of companies in the hospitality industry that were affected by hacker attacks.

Hilton Worldwide, Mandarin Oriental and Starwood Hotels & Resorts Worldwide are other hotels that were already attacked by hackers.

Aside from hotels, a number of retailers also had their point-of-sale systems targeted.

Target Corp. was hacked in 2013 and the hackers had access to the retailer's payment information on 40 million customers on every cash register of Target store.

The company, though, didn't provide details on the breach, including the number of customers that might have been affected.

Mashable said that the incident could range from an innocuous infection of the hotel chain's computers to a full-blown scheme to steal the credit card data of Hyatt's customers.

Hyatt has 627 properties in 52 countries at the end of September, but a report stated that only 318 of them were affected by the hack.

Hyatt stated that their investigation is ongoing and updates will be posted at www.hyatt.com/protectingourcustomers.

Hyatt also said that payment card rules generally provide that cardholders are not responsible for unauthorized charges that are timely reported.