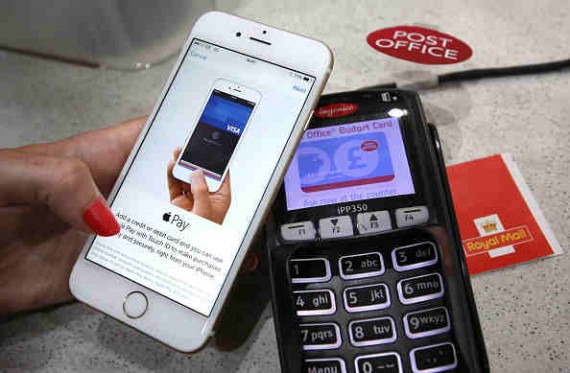 Apple, Inc. is looking to achieve growth of its Apple Pay in the Asian and European markets in 2016, according to a report from Bloomberg.

The company will be entering markets that are more comfortable with the so-called contactless payments following the sluggish start it experienced in the U.S.

Apple Pay, the service that allows consumers to pay in an app or by tapping their iPhone on store terminals, will be introduced in China, Hong Kong, Singapore and Spain next year.

Apple will be counting on its brand recognition to achieve growth as it enters markets that are further along than the U.S. in mobile payment systems.

Thad Peterson, a senior analyst at Aite Group, said that Apple has a lot of opportunities to grow overseas.

"There's a lot of opportunity for Apple because their brand has a significant cache," he said.

He adds that the challenge for Apple is "to see if there's going to be an adoption curve significant enough to justify the investment."

The company will also have to compete with local banks and Internet companies that are already offering the service.

Apple will also have to deal with Samsung Electronics Co., the world's leader in smartphones.

Cult of Mac reports that Apple Pay's adoption in the U.S. has been slow.

The company experienced its strongest Friday sales in history during this year's Black Friday sale.

However, a report shows that only about half of the total percentage of Apple customers who used Apple Pay at last year's Black Friday used it at this year's sales event.

Adoption of Apple Pay has also been faster in the U.K., where it was introduced in the summer.

This is due partly to the agreement that Apple have with merchants such as sandwich chain Pret A Manger and Twickenham Stadium.

The agreement allows customers to use Apple Pay to ring up unlimited amounts in a transaction.

Apple will be rolling the Apple Pay service first in China in early 2016.